Higher Ed is an inspiring movie about Pras winning a track scholarship to go to college. He’s trying to escape his drug dealing past, but his stoner roommate wants to rope him back into the mix. What follows is a movie that has been made 2,500 times since the 1970s. Sprinkle whatever you want into the film or change it up, but it’s ultimately the same thing.

Black Magic Live continues the Lightning Round. The only black male revue in Vegas is trying to keep their act together. So, what happened in their four years on the Vegas strip? The commentary included in the DVD helped explain a lot, but I’m not sure if that was a good thing.

A 1980 documentary narrated by Peter Ustinov isn’t going to excite the younger readers. But, the Lightning Round doesn’t care for Youth. Picking up on a long line of docs that Ustinov narrated, we get to see the ICBM controls in place by the US Military. From there, it’s a bit of a history lesson mixed together with interviews. It’s very interesting and doesn’t come across as outright propaganda ala everything post 9/11.

You Will Die at Twenty is a very interesting Sudanese film about an overprotective mother trying to keep her child alive. As the kid grows into a young man, his life changes but he still has the looming shadow of pending death at any moment. What’s so amazing about the release is the inclusion of two bonus short films that build on the same themes as the movie. It’s quite interesting to watch and well worth introducing to people getting into World Cinema.

Dead Pigs is famous for being the movie that Cathy Yan did before Birds of Prey. It’s a fascinating debut feature film using the idea of dead pigs floating down a river to show how these people connect. Zazie Beetz shows up in an early role, but there’s more than that going on. It’s a light Altman riff at points, but I dig it. The DVD comes with a bonus short film.

The Real Thing arrives on DVD in a 2 Disc set from Film Movement available now!

Koji Fukada’s The Real Thing is a limited series about two damaged people finding each other in Japan. If you like dark and depressing TV drama, then this is for you. It’s not Mare of Easttown dark, but it will help clear the room of mouthbreathers. The DVD comes with no special features. However, the decision to split the series across two discs leads to greatly improved A/V Quality.

Time Life is a big fan of revisiting their large DVD sets. So, it’s not a surprise to see Dolly get another bite at the apple. If you didn’t get the monster DVD set for Dolly that we reviewed last time, then check out this easy to maintain one. Across six discs, you get 11 episodes from her late 80s Variety Show that aired on ABC. You get the Live from London concert, a disc all about her Christmas special work, a 2019 BBC Documentary and even more! If you’re a fan, this is a must own as we continue the Lightning Round.

The Return of Swamp Thing hits DVD from Lightyear

The Return of Swamp Thing got a Blu-ray release a year or two ago. So, why revisit it on DVD? Well, because we need something to keep the Lightning Round going. All of the special features from the Blu-ray are on here, plus you get the same digital restoration just in standard definition. So, what is the big takeaway? Not much. If you know a Swamp Thing fan that is retro, hand them the DVD.

Witkin and Witkin was the documentary that stuck in my brain for the Lightning Round. Mainly because I have this weird obsession with twins. Trisha Ziff shoots this profile of the Witkin twins and examines how their art impacts each other. One becomes a painter and the other becomes a photographer. Shot over five years, we get to see how even for twins…the artistic process is never identical.

The Universality of It All is another feature length documentary about the War on Terrorism and all sorts of awful stuff around the world. Shot over two years, this film is an effort to show that we can all come together. The special features range from a needed commentary to a trailer. While this isn’t the typical Lightning Round addition, it’s well worth checking out.

Last Call arrives from IFC on DVD on September 21st

Last Call is the kind of movie we used to see a lot more before the last decade. Hell, I think Piven even starred in a few of those movies. Now, as the Lightning Round continues we notice something. When did it become weird to see a movie about people sitting around and talking? Taryn Manning shows up in a strong side performance, but I would have loved to have a commentary track.

Chasing Madoff is an older documentary we covered on the site roughly 5 remodels ago. Now, Cohen is releasing the DVD to capitalize on all the crazy stock stuff happening recently. I will say this. It’s fascinating to see how these crimes get handled when they are impacting rich people. However, when it happens to the power no one cares.

The Lightning Round is where I give quick thoughts on matters like this, but I’m someone who could write a book on The Big Short. This is such my wheelhouse that I feel the need to step back before the Lightning Round slows down. But, Madoff wasn’t a villain. He was a cog that broke too harshly for the powers that be. I’ll leave it at that.

That’s it for this Volume of the DVD Lightning Round! 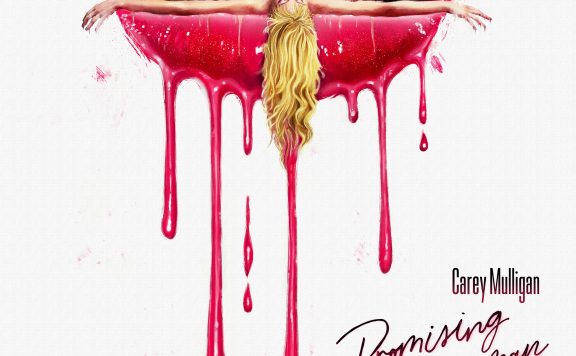 Higher Ed and Black Magic Live kick off the DVD Lightning Round from Lightyear Higher Ed is an inspiring movie about Pras winning a track scholarship to go to college. He's trying to escape his drug dealing past, but his stoner room...
0
Average User Rating
0 votes
Have Your Say!
Your Rating: 0
Submit
Write A Review