Summary
Margot Robbie (I, Tonya; Once Upon a Time in Hollywood) produces and stars alongside Finn Cole (“Peaky Blinders”) in director Miles Joris-Peyrafitte’s mesmerizing love story set amidst America’s struggle during the Great Depression. Eugene Evans (Cole) dreams of escaping his small Texas town when he discovers a wounded, fugitive bank robber (Robbie). Torn between claiming the bounty for her capture and his growing attraction to the seductive criminal, Eugene must make a decision that will forever affect the lives of everyone he’s ever loved.
7.6
Good
Video - 8.8
Audio - 8.2
Movie - 5.7

Dreamland is a movie that I first learned existed through merkin talk. What’s so insanely comical is how the tale from a production person about the troubles in finding a merkin dominated what I thought of Dreamland. Then, I got to see it. Naturally, I was disappointed.

Margot Robbie is a killer actress who could make most films shine. But, I don’t get the point of this film. Dreamland feels like it’s a modern repositioning of how Bonnie Parker would work now. Why? Well, because it’s important to tell everyone’s story. Even if it’s so removed from reality that the Inglorious Basterds shot in the face in a Paris theater.

Allison is a notorious bank robber that killed a little girl. Eugene is the dirt poor teen that sets up a plan to capture Allison. Due to it being the Dust Bowl in the 1930s, Eugene finds himself falling for Allison. This leads to sex and a plan for heading to Mexico. There’s a barn scene where said merkin is present, but I don’t want to get Websense blocked for showing an image.

The problem is that I found myself only rewatching the film to see where this mystery merkin shows up onscreen.

Why does Dreamland exist? I’m a big fan of the Dust Bowl era of Americana, but this is Bonnie & Clyde. Now, there will be a handful of people to argue how this isn’t Bonnie & Clyde, but they are wrong. How many 1930s stories exist about a young couple shooting up the Southwest to make things right where once was wrong?

The only difference here is that Margot Robbie gets to play an anachronistically driven young female robber who is always in charge of every single scene. It’s the kind of fantasy that exists in the head of a creator that only has the flip the script mentality. What if Bonnie was Clyde and Clyde was Bonnie? Great! What else do you got?

That’s the problem. Dreamland is an idea in search of a movie. How many times and in how many decades do we have to see a story about two young people running afoul of the law and then getting shot? Due to the current climate, the only cinematic DLC we get for this tale is how many times it can be reskinned. The difference between something like Dreamland and Queen & Slim is that Queen & Slim has something to say.

Dreamland is just watch this classic tale told a different way and not having any direct ties to the classic and legally protected story. I buy the relationship between Allison Wells and Eugene Evans. However, I don’t see any reason why it went down the way it did. Eugene is a dumb kid with an abusive parent at home that didn’t seem like he would hesistate to beat the hell out of him.

Crime dramas like this always irk me because they rely too heavily on the suspension of disbelief.

When we create narratives that look at crime through any past filter, audiences always want to romanticize what happened.

If you are worried that you might not enjoy the film, there is the promise of Margot Robbie nudity. While that might seem sexist or gross, it’s essential to the story. Dreamland is a fantasy romance about a young kid getting to escape a crappy life and disappear into a pulp fantasy. So, why not give him a sexy side adventure before reality sets in?

Well, reality sets in harder for Robbie than the guy. But, that’s the 1930s for you. Always doing that thing where anyone not a well-off white male gets smacked around by the long arm of the law. Honestly, it makes me think about something I want to bring up later in the year. Hell, I’ll see if I can grab a video of it.

The above video is one of the dumbest scenes in American cinema. When we tackle Scarface (1932), I’ll explain why.

Hollywood and International Cinema has been trying to make crime into a fanciful but nasty business for ages. The rub is much like what Truffaut once said about war films. You can’t make a movie without glamorizing the subject matter.

No matter what you do and it doesn’t matter your intentions, film glamorizes everything. Well, every film but Gummo. After I watched Gummo, I wrote a letter to President Clinton about why we needed to nuke Xenia, Ohio from space. I got a form letter and a signed photo.

Paramount brings Dreamland to Blu-ray with no special features. However, you get one of the best 1080p transfers I’ve ever seen on an indie movie. The cinematography is gorgeous and pops at every turn. Plus, the Dolby TrueHD track makes the Dust Bowl sequence really bounce through all channels.

Dreamland arrives on Blu-ray from Paramount on January 19th

Dreamland is a movie that I first learned existed through merkin talk. What's so insanely comical is how the tale from a production person about the troubles in finding a merkin dominated what I thought of Dreamland. Then, I got to see it....
0
Average User Rating
0 votes
Have Your Say!
Your Rating: 0
Submit
Write A Review
Genre:Crime, Drama
Rating:R
Director:Miles Joris-Peyrafitte
Studio:Paramount 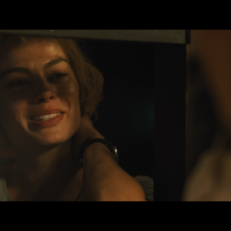 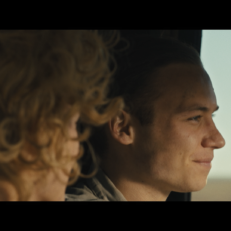 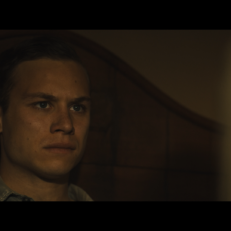 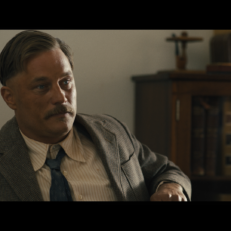 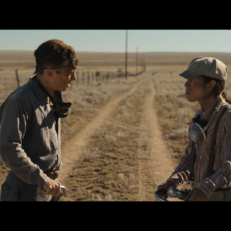 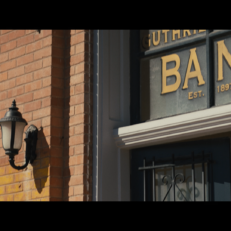 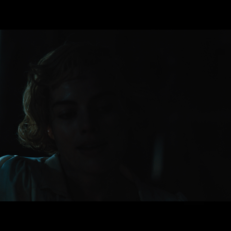 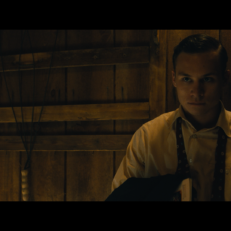