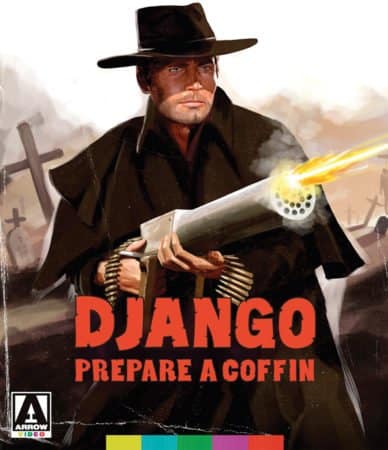 “Django Prepare A Coffin” presents Ferdinando Baldi and Terence Hill placing their stamp on Django. This time, Django helps a gang of wrongfully convicted men take revenge on a corrupt politician. This same corrupt fool also made the mistake of slaughtering Django’s wife. Honestly, this has to be one of my favorite Django films. It plays short, it stays violent and always stays on point. I hate that Italian way of lingering between the second and third act.

This film has no time for that. Baldi’s work on the Django films never gets the attention that you’d see for Nero. I find that to be a mistake, as these movies play far better as Westerns. The Western invites this sense of ideas that need to be mythic and dirty. The concept of saving the condemned to die to form a mob is fascinating. Playing with the concept of Frontier Justice is neat. Placing them together under one of the West’s greatest vigilantes produces memories.

One day, I’m going to sit down and watch all of the Django films. I’ve seen them at one point or another, but they seem like they deserve a series viewing.