Sony Music Entertainment (SME) and Sony Pictures Home Entertainment (SPHE) today announced the digital release of Bob Dylan: Odds and Ends, a new compilation film featuring rare elements from throughout the artist’s career. The film’s release highlights a distribution collaboration between the companies for longform content, documentaries, and concert films from some of the most iconic artists in the SME catalog across multiple digital platforms. Bob Dylan: Odds and Ends and five other essential film titles from the Bob Dylan catalog are available for digital download and rental today.

A wide-ranging two-hour film, Bob Dylan: Odds and Ends details some of the most important moments throughout Dylan’s career. The film is an eclectic new compilation of rare promotional films, videos and behind-the-scenes footage. The featured titles released will also include four concert films: Bob Dylan: Trouble No More – A Musical Film, The Other Side Of The Mirror: Bob Dylan Live At The Newport Folk Festival 1963-1965, Bob Dylan: The 30th Anniversary Concert Celebration, and Bob Dylan: MTV Unplugged – and additionally, comedy/drama Masked and Anonymous.

Tom Mackay, President, Premium Content A&R, Sony Music Entertainment said, “Bob Dylan has one of the most iconic catalogs in music history and we are honored to bring it to life. With Sony Pictures, we are giving fans an exclusive inside look at rare, revealing moments from his career. Because of our collaboration, this sort of creative achievement was made easier by combining the unique talent and resources of our two global companies. That partnership offers all of our artists the ideal platform to tell their stories and reach their fans around the world.”

“We are thrilled to team up with Sony Music on this distribution collaboration to bring music fans worldwide great video experiences from some of the most renowned artists in SME’s catalog,” said Jason Spivak, Executive Vice President, Distribution for North America Television & Home Entertainment, Sony Pictures Entertainment. “Bob Dylan is one of the most influential musicians of our time with a global fanbase. We could not be more excited to give his fans an inside look at his career through Bob Dylan: Odds and Ends.”

Bob Dylan: Odds and Ends and the other Bob Dylan film essentials are available now. Click here for more information.

Executive produced by Judd Apatow and series creator Paul Feig, “Freaks and Geeks” explores the universal experience of being a teenager as lived by the regular old freaks and geeks in a Michigan high school circa 1980.  All 18 episodes of the acclaimed comedy-drama with their original music will be available to purchase on digital platforms for the first time, including Amazon, iTunes, and Google.

In celebration of the 55th anniversary of the landmark series Ultraman, Shout! Factory TV™ and its premier Tokusatsu channel TokuSHOUTsu™ will proudly present a full-day streaming event entitled Ultraman Day: Ultrathon on Saturday, July 10. The marathon – featuring 19 episodes that span 55 years of the Ultraman series – culminates in the U.S. streaming premiere of Ultraman Zero: The Revenge of Belial.

The Ultrathon will stream across all Shout! Factory TV and TokuSHOUTsu platforms and feature one-of-a-kind fan engagement, including exclusive giveaways of top toys from Bluefin Brands and promotional support from Marvel Entertainment, Factory Entertainment, VIZ Media and RightStufAnime.com.

Ultrathon kicks off on Saturday, July 10th at 7 a.m. PT with 19 hand-picked episodes across 9 Ultraman series – Ultraman, Ultraseven, Return of Ultraman, Ultraman Ace, Ultraman Leo, Ultra Q, Ultraman X, Ultraman Orb, and Ultraman Ginga – alongside segments of the new special, as it leads up to the 5 p.m. PT U.S. streaming debut of Ultraman Zero: The Revenge of Belial as its grand finale.

Following Ultrathon, Ultraman Zero: The Revenge of Belial and In Search of Ultraman! The Invasion from Another Space! will join the catalog of Ultraman content also available for streaming on demand across Shout! Factory TV platforms, on ShoutFactoryTV.com; Shout! Factory TV’s Amazon Fire TV, Android, Apple TV, and Roku apps; and on various Shout! Factory TV branded channels including Tubi, Amazon Prime Channels, and the Roku Channel.

Shout! Factory has licensed a number of Ultraman titles (produced by the innovative team at Tsuburaya Productions Co., Ltd) through its relationship with both Mill Creek Entertainment and the Ultraman worldwide distributor (excluding Asia), Indigo Entertainment Ltd.

Ultraman Zero, the rookie Ultraman from Tsuburaya’s 2009 theatrical movie returns, fully-fledged. However, he is confronted with the empowered Kaiser Belial, back from the evil Ultraman Belial whom he and other Ultra warriors battled so fiercely in Nebula M78. Can Ultraman Zero live up to the expectations of his legendary father Ultraseven?

0 0
Previous ArticleEverything Loot Crate that I missed posting thanks to the HolidaysNext Article40 for 40: Troy demolishes quality content in an off-Holiday 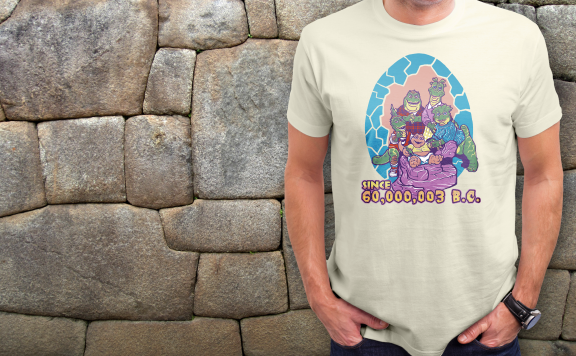