BRITTANY RUNS A MARATHON – TRAILER AND POSTER AND LOVE!

Hilarious, outgoing and always up for a good time, New Yorker Brittany Forgler is everybody’s best friend ― except maybe her own. At 27, her hard-partying ways, chronic underemployment and toxic relationships are catching up with her, but when she stops by a new doctor’s office to try to score some Adderall, she gets slapped with a prescription she never wanted: Get healthy. Too broke for a gym and too proud to ask for help, Brit is at a loss, until her seemingly together neighbor Catherine pushes her to lace up her Converse sneakers and run one sweaty block. The next day, she runs two. And soon, after finishing her first mile, she sets an almost unthinkable goal: running in the New York City Marathon.

Award-winning playwright Paul Downs Colaizzo makes his directorial debut with Brittany Runs a Marathon, an uproarious, irreverent and surprisingly emotional comedy inspired by real events. The irresistible cast, led by Jillian Bell, lends heart and soul to this inspirational story of a party girl who finally finds real friends — and dignity — by taking control of her future, one city block at a time.

Looking for a nostalgia trip? The coming of age dramedy MILLENNIUM BUGS, set in last days of 1999, tackles issues such as alcoholism, family troubles, and the potential end of the world… all set to a killer soundtrack.

Director Alejandro Montoya Marin is best known for being featured on the Robert Rodriguez produced television docuseries, REBEL WITHOUT A CREW: THE SERIES. On the show, Alejandro was challenged to shoot a feature film in 14 days with a budget of only $7000. Taking on the challenge head- on, Alejandro created MONDAY, an action-comedy that  received numerous film festival selections (SOHO, Hollyshorts) and positive reviews from prominent film critics such as RogerEbert.com, Indie Film Hustle, and many more.

In addition to MONDAY, Alejandro has written and directed numerous commercials, music videos, and acclaimed short films such as LOW/FI and LESLIE.

Using both Indiegogo crowdfunding and the DIY skills learned on REBEL WITHOUT A CREW: THE SERIES, director Alejandro Montoya Marin infused Millennium Bugs with a true indie spirit and pays homage to the indie film trailblazers Kevin Smith, Quentin Tarantino, and Robert Rodriguez. This film is testament to independent spirit of making great art at any cost.

The movie was produced by Tamas Nadas. Tamas was born in Budapest, Hungary, and, in 2000, he moved to the United States to chase the American dream to become an actor. Later, he was able to translate his love of cinema into producing and acting in his feature film titled Fierce Target. Tamas helped producing “The Disappointment of Jonathan Bender” which has won multiple awards. As a performer, Tamas has been featured in The Last Sentinel with Keith David, Katie Saachoff, Bokeem Woodbine, and Don “The Dragon” Wilson.

Tamas is a three-time world champion and eight-time European Champion. Also, he was a US National Brazilian Ju-Jitsu Champion in 2012. In 2017, he won silver medal and bronze  medal at the World Police and Fire Games, which is the second biggest tournament in the World after the summer Olympic Games. In 2018, he was inducted into the US Martial Arts Hall of Fame, and continues developing projects for his production companies, Busy Day Productions and Dark Road Pictures.

THE STORY: In the days leading up to the year 2000, 2 friends find themselves on the cusp of their future. Kelly (Katy Erin) is drowning herself in drugs and alcohol in an attempt to avoid dealing with her feelings about her parents’ death. When her inheritance money begins to run out, Kelly begins to see the realities of her actions. Her best friend, Miguel (Michael Lovato) is torn between his immigrant parent’s expectations of his life and his dream to become a comedian. The pressure to make his dreams come true while defying the sacrifices his parent’s made for him push Miguel to the brink. Together, Kelly and Miguel find themselves wondering what’s next.

Both an homage to 90’s films and the indie film revolution of the time, MILLENNIUM BUGS is a love letter to a generation that found themselves on the cusp of a technological revolution that was both exciting and uncharted. This film speaks to anyone who has ever felt broken, pressured, or lost and carries with the universal and timeless desire for good friends, good laughs, and great tunes.

MILLENNIUM BUGS stars Katy Erin (WISDOM OF THE CROWD, GAL PALS) and Michael Lovato (GRAVES, THANK YOU 5). By utilizing a strong female lead, a Latino leading man, and diverse cast both in front of and behind the camera, the production of MILLENNIUM BUGS has the potential to appeal to a wide variety of audiences with a genuine vibe of collaboration and diverse perspectives.

Additionally, a great deal of time, money, and talent has been devoted to securing the ultimate 90’s soundtrack for the film. A driving force and a character unto itself, Alejandro is a firm believer in utilizing both score and songs to create compelling narratives and frame out the emotional beats of scenes.

The notable talent involved in this production includes:

Cinedigm Corp. (NASDAQ: CIDM) announced today, the 75th anniversary of the historic D-Day landings, that it has acquired all North American distribution rights to the Asylum’s WWII film, D-DAY, starring Chuck Liddell (Former UFC Champion & Hall of Famer, Kick-Ass 2, Altitude), Randy Couture (Former UFC Champion & Hall of Famer, The Expendables 2 & 3), Weston Cage Coppola (211, Circus Kane), and Jesse Kove (On Wings of Eagles). Cinedigm will release the picture in select theaters, on demand and digitally on September 13, with a DVD release to follow later in the year.

Written by Geoff Meed and directed by Nick Lyon, D-DAY is based on the incredible true story of the elite Army Rangers of the 2nd Battalion.

As thousands of Allied soldiers storm the beaches of Normandy in an attempt to change the course of WWII,  Lt. Colonel James Rudder (Cage Coppola), Lt. General Omar Bradley (Liddell), and Major Cleveland Lytle (Couture) lead the 2nd Battalion behind enemy lines and into a firefight against an enemy that greatly outnumbers them. Scaling a one-hundred-foot cliff, these heroic rangers battle to secure a strategic position and destroy a battery of German-seized cannons.

“The Asylum has delivered a dramatic, action-packed WWII movie anchored by a strong leading performance from Weston Cage Coppola, “said Yolanda Macias, Cinedigm’s Executive Vice-President of Acquisitions. “With the 75th anniversary of D-Day this year, the film conveys the hardship and sacrifice of battle and pays tribute to the brave soldiers who endured so much to achieve this pivotal victory for us.”

“We have a long track record of success with Cinedigm,” said The Asylum COO, Paul Bales.  “With a smart, collaborative and experienced team in place, they really understand the evolving marketplace for independent movies, and we are thrilled to be partnering with them on D-DAY.”

The deal was negotiated by Melody Fowler, Vice-President of Acquisitions, on behalf of Cinedigm, with Kendall Anlian, VP of Worldwide Sales, on behalf of the Asylum. 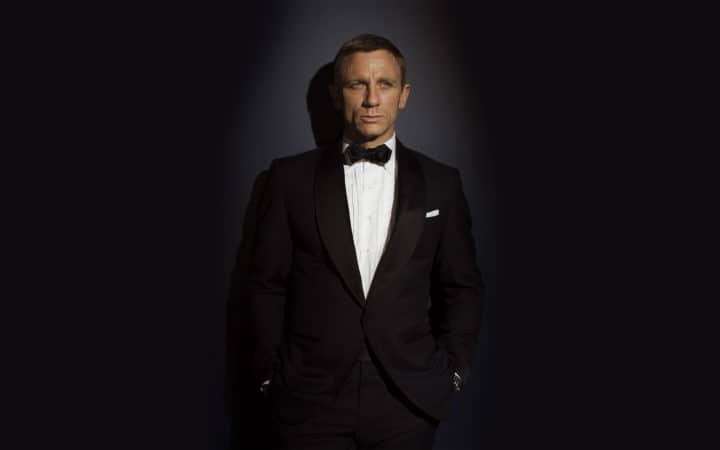