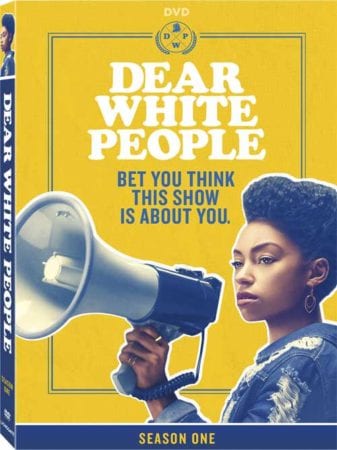 “Dear White People” continues its murky activist dive from indie film to prolonged Netflix series. While some have applauded the series for trying to take a modern activist approach to the ingrained nature of racism, others have been less kind. Honestly, I like to feel that I fall somewhere in the middle. I went to a predominantly white prestige school with less than 50 students that were considered POC. A few fellow white students even mentioned how this was the first real experience being around people of color. But, that was 15 years ago and less radicalized than today.

In a roundabout way, that reveals the nature of the series. Not every character in the show or the originating indie film tackles racism the same way. But, if you have a hammer…then every problem will look like a nail. There is a slightly unhealthy underpinning to much of the series and it arrives early in the series. The main characters are watching a Scandal knock-off and they antagonize a fellow POC for not wanting to watch it.

They make reference of revoking their race card for not supporting what they deem worthy. Said person ends up feeling shamed into supporting what the hive mind deems worthy and watches a show that they don’t like. While that example targets a mild entertainment convenience, it highlights the larger problem facing these groups and the broader youth spectrum today. There’s no room for derision, there’s only two sides. That kind of ideology would make Steve Ditko and Ayn Rand shit themselves with glee, but it’s not exactly the healthiest way to live a life.

But, this show isn’t concerned with that. It claims to have an absurdist lens that tackles the issues facing minorities in environments such as the show’s fictional college. However, absurdism only goes so far when the facade keeps getting dropped for agenda when things get ramped up. Not the worst and not the best, but still worth checking out once.