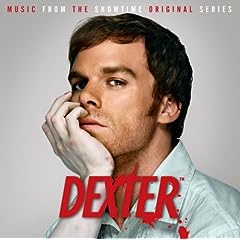 How did you get started in the industry specifically?

I scored my first film at Hampshire College. It was a feature length film directed by Matthew Patrick ( director of Hider in the House) We had very little idea what we were doing , but figured it out as we went along. My first paid gig scoring was doing commercials in NYC.

·Did you always want to be a composer or did you just sort of stumble into it?

I was interested in composing from an early age. I would compose piano pieces at the age of 10 and in 10th grade used a main frame computer to generate random music for flute and piano.

·What have you been working on recently? Anything interesting upcoming?

I have a good crop of mustard greens and snow peas growing in my garden, as well I just finished a Lifetime Miniseries called ” Maneater” , I am working on writing two screenplays, and getting ready to jump into scoring the fourth season of Dexter.

·What do you tend to do between deadlines to relax, any hobbies or interests?

I just came back from Bali, Indonesia where I studied Balinese music intensively with the musicians who accompany the most famous Shadow puppeteer Dalang Wija. I garden, as mentioned

Looking into your past interviews and history, it turns out you were the first to record with rare pre-Colombian instruments which include pierced phalanges, bone flutes or pipes, rasps ,bullroarers, hell theres even a sacrificial drum in there it seems!!! How does it feel to hear your work and know nobody else has done anything like that on television before?

I should point out that the sacrificial drum did not have a human skin head as they did in pre-columbian times. Elizabeth Waldo, a wonderful composer, whose collection it was was kind enough to allow me to record with instruments from her collection, ( i understand that the she had turned down Maurice Jarre, who was also interested). I must say it was very interesting to play these instruments, in that when I lived in NY I visited the ancient music wing of the Metropolitan Museum many times and wondered what the hell the instruments behind the glass sounded like.

·Any advice to offer to anyone out there wanting to get into the composing industry?

Move to LA. Get a job with a composer as an assistant. Watch a lot of films and listen to the music!

·Given your extensive work history, can you look at any of your pieces and say That ones perfect or I wish I had of worked a bit more on that one? If so, which ones and why?

Nothing is ever perfect. I don’t spend a lot of time listening to music I’ve written. Only to put together a soundtrack or a demo reel. There’s usually one or two pieces in a score that I do listen to and think “That’s not too bad”. And frequently if time has passed I will hear something I’ve written and actually think “hmm, That’s pretty good. Did I write that?” LOL , But seriously, I think most composers in the pursuit of making their music better focus on what’s wrong with it, performance, orchestration, compositionally, while

·What are some currently or previously aired television shows scores that you admire, can you tell us why?

·Theres a videogame of Dexter in the works at the moment, is your score being used for it? Has it been changed in any way if so?

Hmm. It’s news to me. I’ll have to look into it. Thanks for the tip.

·Given the fact that movies, television and digital media such as video games are now blurring the lines between each other heavily, have you thought about producing any music for the videogame industry?

I was approached 10 plus years ago about scoring video games. I kind of well, looked down my nose at them. Of course, that was before they had big orchestral scores. I think some of the most interesting and original music for media is being written for video games right now. I would love the opportunity to score a videogame.

·Looking over your resume previously I noticed a lot of the music seemed to be for horror or horror oriented shows/movies. Is there something about the genre that particularly draws you to it?

I got my start doing horror/thriller genre films. I enjoy the fact that music is an essential element that contributes to the tension. I transitioned into dramatic films and then comedy, and only really have come back to thriller via Dexter. I enjoy the variety of the projects that I am hired on. For example, Maneater had comedic as well as dramatic elements which I wrote and recorded with a full orchestra.

·What sort of instruments interest you at the moment, or has anything else caught your eye that you would like to work with specifically?

I’d love to get a hold of a metal stringed irish harp. They are a bear to keep in tune though I’ve heard. And they ring out forever.

·With the well documented trouble that Hellraiser 4 had during production, impacting the final quality of the movie (A movie I still personally thoroughly enjoy mind you), how did it, if at all, affect the score of the film? Did the whole score end up in the film or only portions?’

The film was locked when I came on. I worked mostly with the editor and Andrew Rona at Dimension, because the director, Stephen Yeager, had left.

All the previous movies were scored by friends of mine. The first two by Christopher Young, a good friend and a composer I admire, the third by Randy Miller, also a good friend and an excellent composer. Hellraiser;4 took place in the future and the past, so I added new themes, a romantic string theme and a slow building brass motif for the space station. Other than that I just did my own thing, using Young’s themes only at key moments, such as the first appearance of Pinhead, and the denouement.

·Your resume on IMDB your career has definitely been on the up and up the last few years, what do you hope to be doing roughly five years from now? Are you happy to continue in television or would you like to move more into the cinematic area?

I would like to be doing more feature films, yes, and I am happy to have the work that I have been doing, in that it has been varied. Moving from Dexter to Maneater which was a romantic comedy score influenced by Alfred Newman’s Marilyn Monroe film scores “seven year itch etc.”. Many big feature composers get locked in to a style which they are known for. There are advantages to being just below the radar (or a fresh Blip) . As well I have been writing screenplays and have a couple I am going to try to get produced.

·Do you have any future ideas for variances on further Dexter season themes?

I don’t know the arc of the new season yet, so I guess I will have to come back to that question. I’m just hoping they bring back the wedding band from the end of the third season. That’s me on the keyboard. Wink. Wink.

Thank you for your time Daniel, its been a pleasure.
Steve Croft.