Damn Yankees is one of the most delightfully goofy musicals of the 1950s. It’s also a pretty damn good sports film. Using archival footage of several prominent 1950s baseball players, shooting on location and treating MLB fan adoration sincerely…Damn Yankees is just wonderful. For the young, the film is about an old man cutting a deal with the demonic Applegate to help his team. Applegate transforms the old man into the young Joe Hardy and gives him the ability to save his team. Unfortunately, if he stays with them through the World Series, then his soul goes to Hell.

Baseball and musical theater go together like peanut butter and glass. But, this is a movie with one memorable song and musical moments that were more created for the plot. So many casuals will be able to identify Whatever Lola Wants, but will they know where it came from? The answer is it’s the siren song of an old ugly woman who got turned into a demonic harlot. Gwen Verdon leers and gyrates, but this the 1950s and Joe is a married man.

For a film that mixes Satan and baseball, it feels awfully quaint. That’s the problem when you take on Faust for a general audience. Everything gets cleaned up and you can’t go that deep into the darker aspects of these deals. But, you can also go too far and make something as trite as The Devil’s Advocate. If you must know, I hate that movie with a passion usually reserved for macrame.

Tab Hunter is wonderfully goofy as the young Joe. You buy him in every frame as an old brain in a young body pushing his demonic powers to their fullest. People often skirt over that part, but let’s be honest. Joe Hardy is a flesh vessel for Satan to overtake the 1958 baseball season. While many assumed this is how Jon Gruden won his first Super Bowl, Warner Brothers sets the record straight. I can already hear the theater nerds screaming about the original Broadway play.

Well, everytime I mention America’s proud theatrical tradition…I feel myself getting so sleepy. That and the general audience doesn’t care. Actually, I take that back…they care if there is a gross or funny story about the original stage run. Unfortunately, I don’t have one. Sorry, everyone…I’ll try better next time.

Gwen Verdon plays the classic character Lola, while Ray Walston plays the Satanic Applegate. Honestly, Walston plays one of my favorite onscreen Satans to date. Vincent Price would later play Applegate in 70s stock production of the show, but I don’t believe there is active video of it. It’s kinda like wanting to see Tim Curry in Amadeus or Raul Julia as Dracula…you just had to have been there.

But for a film that deals so heavy in the supernatural, everything feels like side dressing. You can say the same for any number of superstitions that go into Sports. In that way, Damn Yankees cuts to the heart of the material. Damn Yankees is more than a Faustian bargain. It’s about the dumb crap that men do for a simple game.

Ultimately, your love of baseball will determine the mileage you get out of Damn Yankees. The musical itself has fallen out of favor with younger theater nerds. But, I think it’s about time that we had a Damn Yankees comeback. It’s either this or Starlight Express.

Warner Archive brings this classic musical to Blu-ray with no special features. I would’ve loved to have heard a commentary, but it would have to be one of the on-standby film scholars. That’s the problem with classic films when you have tons of questions. Almost everyone is dead and then you’ve got to listen to a PHD candidate try to put current bias on the film. The A/V Quality is stunning, but I almost wonder if Damn Yankees needs a 4K restoration.

Fans can purchase Damn Yankees at www.wbshop.com/warnerarchive or online retailers where DVDs and Blu-rays® are sold 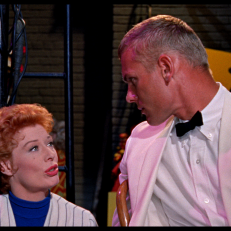 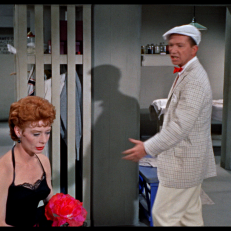 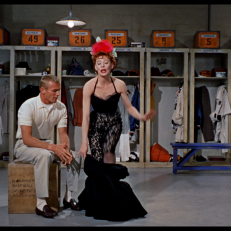 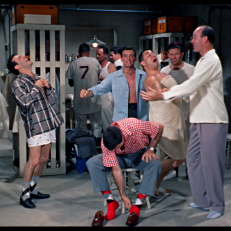 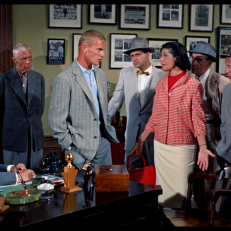 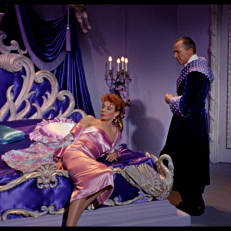