“D.C. FOLLIES” is a show that I used to watch like a crazy person when I was in elementary school. Now, I wonder what was going on with me. Taking cues from Splitting Image and The Muppet Show, the Kroffts tried to create a political show that plays to all audiences. There is a certain Mad Magazine sensibility to the material, but the Krofft puppet design is so off-putting. I guess it was the era, but even the guests didn’t quite gel or make sense with the main plot.

Thankfully, Fred Willard is there as the eye of the storm. He’s the straight man trying to make sense of the comedic plots and set up the guests. The jokes are so dated that I found myself explaining them to a 21 year old in great detail. This is why you need to read Wikipedia when in school kids. It’s basic trivia about the weird farts of history. Honestly, I don’t know why the show hasn’t been revamped for modern times. Comedy Central will give Trevor Noah 22 minutes a night to slowly rot in Jon Stewart’s shadow. Why not make him a puppet?

A kooky cocktail of 1980s politics and pop culture!

Stop us if you’ve heard this one before: two puppets walk into a bar in Washington, D.C. … what’s that? You have heard this one before? Then have we got a show for you: D.C. Follies! Brought to you by those masters of trippy TV, Sid & Marty Krofft (H.R. Pufnstuf, Land of the Lost), D.C. Follies stars the one and only Fred Willard (Best in Show, Fernwood 2 Night) as the bartender in the hottest joint our nation’s capital has ever seen … and where the clientele is made up of puppet caricatures of the biggest names in show biz and affairs of state! From the world stage to the puppet stage, Fred and his most-irregular regulars sock it to the culture of the day with a satiric style that really makes its presence felt. With an array of timely, non-puppet guest stars along for the ride, D.C. Follies is a handy way to look back and laugh at the 1980s, no strings attached. 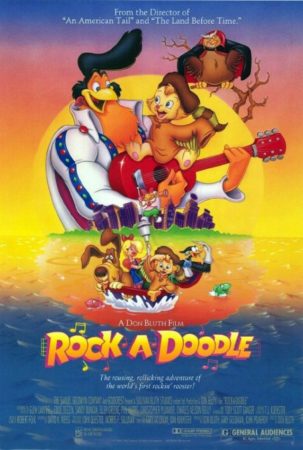 The Mindy Project: The Complete Series