Summary
Baron Victor Frankenstein has discovered the secret to generating new life and unleashed a murderous ripple effect, born from his cursed creation: a monster with a horrid face and a tendency to kill.
9
Amazing
Video - 9.2
Audio - 8.9
Movie - 9

The Curse of Frankenstein was the movie that began Christopher Lee and Peter Cushing working together on film. To horror nerds, this might be the greatest duo in horror history. Don’t believe me? Name any other acting team-up in film where their combined presence elevated anything they touched. Clock is ticking and if you think you have something, ask yourself how long that greatness was sustained. It pales in comparison to the dynamic duo of Lee and Cushing.

Hammer Films is one of those things that succeeds on reputation with horror nerds rather than the films that exist. What does that mean? Serving the same vein as the Epistolary style horror that was popular in the late 1800s, the framing device is adapted to fit the needs of film. Cushing recounts the events of what led to his pending execution to a Priest.

Sounds typical, but what makes Hammer different? From a historical standpoint, The Curse of Frankenstein was the first British horror film shown in vivid color. The gore effects, the murder and the various acts of violence just smacked audiences in 1957. It was still enough of a threat to Universal, that the Classic Movie Monster House kept threatening Hammer until the film was released. Why Universal cared when they hadn’t released a new Frankenstein movie since 1948 is beyond me.

British Horror has always been a little more cerebral than its American counterpart. Well, minus Trog. Having come from the land of where most Western horror originates, the Europeans have had more time to prod at what goes bump in the night. From the Gothic Horror era to the spooky old Manor pictures, the British seemed easier to scare. Their frights were more cerebral, while American scares needed a solid visual.

Peter Cushing serves as Baron Victor Frankenstein in a role that he would continue to mine for years to come. In the 22 Hammer films Cushing made, he played the Baron Frankenstein 5 times. Sure he played Van Helsing 5 times too, but that didn’t help me call attention to Cushing as Frankenstein. You’ve just discovered film writing’s version of finding a word that rhymes with orange.

Christopher Lee’s performance as the Monster has slowly degraded for me over the years. Everyone experiences horror differently, but the lack of that guttural response has doomed a lot of horror for me as I get older. What must have been shocking in 1957 feels like bad makeup on way too talented of an actor in 2020. I’m sure if Christopher Lee was still around, he’d have some intelligent words to say about his performance.

All I’ve got now is cerebral Horror nerds trying to justify why Hammer hid the creature to a brief few minutes in the film. I get that they are trying to find a middle ground between the classic James Whale film and Shelley’s original story. But, Lee only exists for a few minutes in The Curse of Frankenstein because it’s expensive to show a monster like that in technicolor.

The Curse of Frankenstein was considered quite gruesome in 1957 England. Censors cut up the film in the UK and US and the last few decades has been spent trying to get a final cut for modern viewing. There’s a long missing shot of a severed head being dissolved in acid that appears lost to the annals of history. Even with that cut, the film got an X certificate in the UK upon initial release.

But, the multiple cuts in various framing have brought back other shots of torture and gore. Warner Archive presents the 1.85:1, 1.66:1 and 1.33:1 cuts in 4K remastered transfers with all the available cuts back in the mix. But, does this make The Curse of Frankenstein into a better film? The answer is it depends on your love of Hammer.

How the British approached horror in the 1950s is an acquired taste. This film launching Hammer Horror to the next level was meant to bring back grandiose Gothic Horror in the cinema. Some of the key people involved in bringing these key projects to Hammer would later form Amicus Films to challenge Hammer in the 1960s. But, I’m getting ahead of myself regarding The Curse of Frankenstein.

The Curse of Frankenstein is a great start to the Hammerverse, but it’s not going to win over casual fans. As fans of great periods of horror history, we have to step out of modern comfort zones to examine what worked with films of a bygone era. But even for 1957, The Curse of Frankenstein was just a throwback with gore. In an era of Sci-Fi monsters, it must have been a nostalgic curiosity to lean that hard into 19th Century tales of science gone awry.

But, these Hammer movies always seemed to arrive in America slightly dinged up. 1958 would see Hammer’s Dracula arrive under a title change and most of the sexuality and violence toned down. In the following decades, the real versions of the film would be released on home video. Still, what is it about Hammer making 19th century horror tale adaptations that played so mature for American audiences?

Time would march on, as Hammer would eventually try to tap into the sexual revolution of 1972. When that didn’t exactly kill at the Box Office, Hammer would team up with the Shaw Brothers for one of the most underrated films of the 1970s. Yet, all of the later films failed to match that sexual and violent maturity of these early films.

The point remains that the shelf life on Hammer always going to be short. You can only hit that point where you can shock people only so many times. The Curse of Frankenstein while playing as a shocking take on Frankenstein in 1957 would feel dated by 1970. Such is the nature of a genre that depends on scaring the audience.

The Curse of Frankenstein works because it allowed Hammer to take a public domain story and put their stamp on it. There are many studios and imprints that work their way into re-shelling the same stories over and over again. But, most step away from the classic horror tales. They feel that there is only so many ways you can keep spinning tells of undead science monsters, vampires and wolf men.

1950s horror such as The Curse of Frankenstein is important for understanding the history of scary cinema. Watching as how the trends towards the Drive-In Cinema get tweaked by the British horror filmmakers is stunning. When you take a culture divested of its rich literary history after decades of silent and early sound American horror movies, they have to strike back with something different.

What could have been done to make The Curse of Frankenstein into a far more interesting film? Well, pick your battles. Is this going to be a film about the Monster or the Baron? I’d even take an effort to balance out the madness of the two men. But, this film was obsessed with trying to make us sympathize with a mad doctor’s descent.

Some will try to wax intellectual and talk about how it was closer to Shelley’s intentions. I’d recommend those people go back and read the source novel. Shelley went out of her way to not discuss the gory details of how Victor made the undead sausage. The Curse of Frankenstein succeeds because it puts an ever maturing audience into the guilt of being a mad creator like Victor.

A lot of European horror is invested in attacking the class system as a bizarre artifice based on what the average person is willing to accept. After all, if you can accept calling someone Lord or Sir…you’re willing to give them a break on other things. Grave robbing, picking off a peasant and other crimes tends to get a pass when the perpetrator has a title.

Americans don’t have that sort of thing to pull upon, so we tend to turn our horror figures into authorities gone astray. These authority figures can range from judges to evil cops to any academic that speaks in ten dollar words. The whole thing is less about having a villain and more having something or somebody to rebel against. For Hammer Films and features like The Curse of Frankenstein, the characters rebels against the natural order itself.

Gone are the days of grandiose stands against God and everything in his creation. Shakespearean actors bringing gravitas to the Gothic and sometimes Pulp concerns. Like it or not, American horror took over the mainstream and killed off this golden age of British horror in its infancy. While there were attempts to bring this style back, the most successful attempts came from bigger American directors putting their own stamp on it.

In a way, The Curse of Frankenstein is probably a watershed horror film in a different way. I’d go so far as to call it the point when World Cinema finally outgunned American horror on the big stage. Due to the rise of Science Fiction and Westerns, bigger productions slipped out of the American studio system. The rise of Hammer was only a matter of time.

While The Curse of Frankenstein isn’t my favorite Hammer film, I admire the might and majesty of the little British powerhouse that could. Although some off-brand outlets have tried to release the Hammer library through lackluster means, I’d love to see Warner Archive make the best effort to piece together a lovely Hammer boxset.

Warner Archive brings The Curse of Frankenstein to Blu-ray in one of their most impressive sets of the year. The second disc is loaded with all-new special features in stunning HD. Between the featurettes and trailers, it left me wondering why we can’t get a ton of love for classic horror from the big studios. Warner Archive has done right by Hammer fans just in time for the Christmas season.

Fans can purchase The Curse of Frankenstein at www.wbshop.com/warnerarchive or online retailers where DVDs and Blu-rays® are sold

The Curse of Frankenstein was the movie that began Christopher Lee and Peter Cushing working together on film. To horror nerds, this might be the greatest duo in horror history. Don't believe me? Name any other acting team-up in film where...
0
Average User Rating
0 votes
Have Your Say!
Your Rating: 0
Submit
Write A Review
Genre:Horror
Rating:Not Rated
Director:Terence Fisher
Studio:Hammer, Warner Brothers 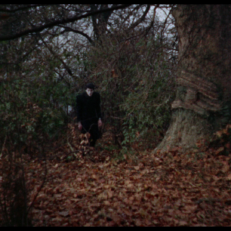 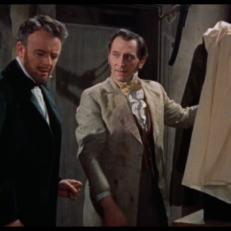 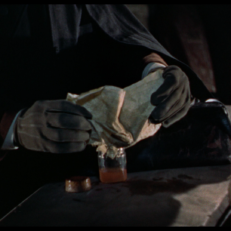 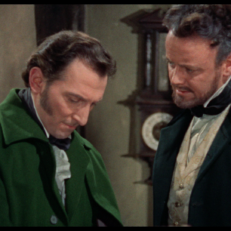 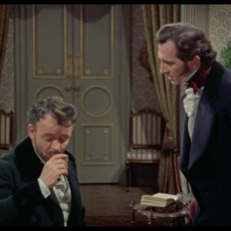 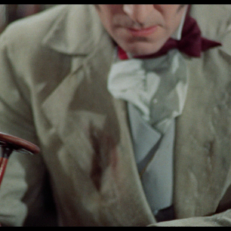