“Coming to America” gets the 30th Anniversary repackage. While I wish we could get more special features or a lossless audio track, I’ll take what I can get. What’s funny is that while re-watching the movie, I started thinking about a Chris McQuarrie quote that has been making the internet rounds. He discusses that the idea that films that resonate matter more than films that insist on their importance. I pondered this statement, as I tried to remember what got my attention about the movie originally.

I was banned from watching the movie because it aired on constant early rotation on HBO and that bathing routine scene always got the film turned off. Sure, that meant I got to learn what was airing on TBS at the time, but I was curious why the film was so bad? When you get past the royal bathing tits, the movie is a rather funny comedy of manners about finding the perfect spouse. The cast is littered with early performances and terrific supporting roles. While James Earl Jones gets the most praise for the film, I still find John Amos to have done a ton of the heavy lifting.

Early audiences made a big deal out of Hall and Murphy playing multiple roles, but that misses out on the true fan moments. How many of you can sing along with the Soul Glo commercial jingle? Hell, I love that younger film fans can now belt out the Announcement of the Queen song. Thank you to Tiffany Haddish for bringing that back. What really makes the film sing for me is that this was the last peak Landis movie.

Watch it again and feel for it in your soul. This was the last time that Landis was amazing. 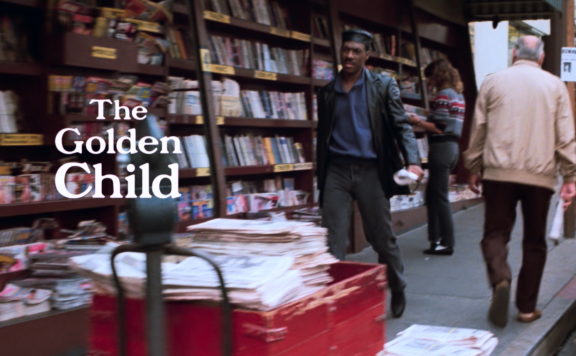