“Code Black” follows a veteran doctor, as she trains several first-years through their tour of duty in the Emergency Room. Luis Guzman plays lead nurse “Mama”, who does his best to keep everyone sane. If you’ve seen one medical drama, you’ve seen them all. The only difference is that Hardin and Guzman make for quite the powerhouse duo. It’s a shame nobody else lives up to what they’re doing on the show.

Apparently the Code Black documentary inspired the show, but I don’t see it. However, I do see the show improving dramatically in the second season. Maybe cop and government legal shows will give way to better medical shows. America loves medical programs…don’t they? Give it a shot and have something to talk about with your mom.

GOOD MEDICINE. GREAT DRAMA. In the country’s busiest emergency room, you’re either looking for a miracle…or performing one. In CODE BLACK, Season One, Residency Director Dr. Leanne Rorish (Oscar® winner* Marcia Gay Harden) leads four first-year residents through the life-or-death challenges that will change the course of their careers and lives. Rookies Christ Lorenson (Bonnie Somerville), Malaya Pineda (Melanie Chandra), Mario Savetti (Benjamin Hollingsworth) and Angus Leighton (Harry Ford) dive into the chaos of Angels Memorial Hospital, hoping to learn from the best while facing some of life’s worst. Head Nurse Jesse Sallander (Luis Guzman), affectionately known as Mama, administers tough love as the ER’s main manager and Dr. Rorish’s closest friend. Each doctor has their personal reasons for being here, and the scars of their past come into play even as they work to save others’ futures. In this 5-disc, 18-episode collection, great drama cures all. 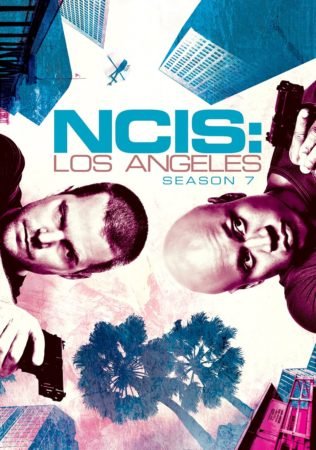 MONSTER WITH A THOUSAND HEADS, A