Summary
Cesar is in love with Rosalie. But Rosalie isn't making it easy for him, especially when her old flame enters the picture.
8.6
Great
Video - 9
Audio - 8.6
Movie - 7.9
Special Features - 8.8

Cesar et Rosalie is the first film in the Claude Sautet and Romy Schneider Duo set. It’s the kind of romantic French movie that makes Americans hate France. Strongly emotional and practically jacking its Cerebral juices all over the place, Cesar et Rosalie offers nothing to most of the country. Yet, we’re discussing the release in 2020.

Claude Sautet is a director I read about in college, but never felt the urge to deep dive his movies. A lot of that had to do with the fact that coming across European VHS and early generation DVD was next to impossible in Middle America. It was a different time and I had to sit out learning about maudlin intellectual essays on early 70s romance.

Our film classes were more focused on the Golden Age of Hollywood and how 1964-1976 produced the best written movies. If you suspect that our professor was a grey-haired hippie type who looked like Tobe Hooper’s long lost brother…you’d be right. While I believe he loved Foreign Cinema, it was never something we got to dive deeply into during our class settings. So, I had to rely on casual leaning for ages.

Romy Schneider is a classic actress who fell out of favor way too soon. Rising to fame with the Sissi trilogy and dashing in and out of American cinema for decades, American film fans still don’t give her a ton of credit. But, Cesar et Rosalie offered her a chance to play soft yet dynamic. She easily outshines Yves Montand at every chance, but also never gets annoying.

Film Movement Classics brings the Claude Sautet Duo to Blu-ray with his two earliest films. Plus, you get a ton of new special features. Documentaries, a new essay and a booklet greet you here. The A/V Quality is pretty sharp with some new digital restorations. I’d recommend a purchase to fans.

Cesar is in love with Rosalie. But Rosalie isn't making it easy for him, especially when her old flame enters the picture. 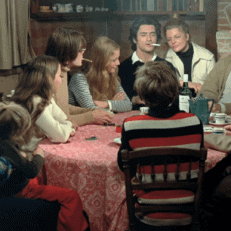 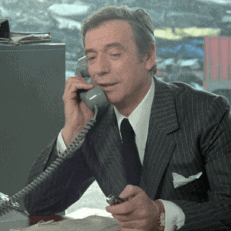 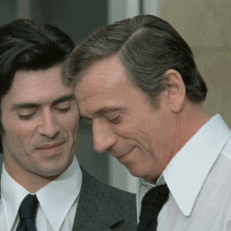 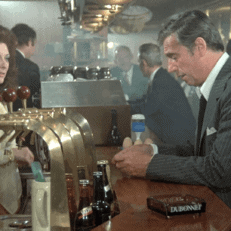 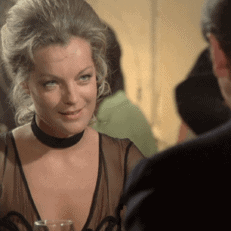 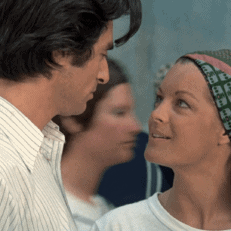