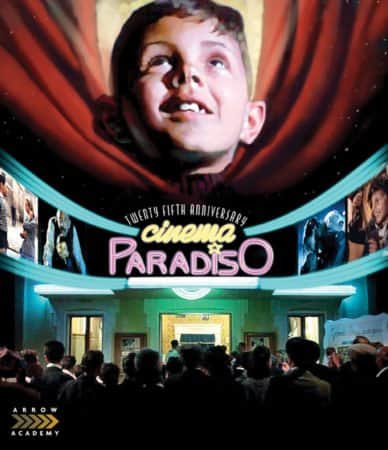 “Cinema Paradiso” is one of the first serious movies to make an impression on me. Thank you to the Vogue Theater for providing a venue for 10-12 year olds to watch this when it first hit theaters. From that Priest ringing that incessant bell to the love of rebuilding a movie palace, every note of Paradiso rings true. Well, that is until the Director’s Cut became available on video. Normally, I welcome 50 new minutes of a film that I love. 50 is more and more is better…isn’t it?

No. Spending too much time in a theater with a movie about a theater takes viewers deeper into a rabbit hole that wasn’t terribly deep. Coming-of-age stories set in Post WWII Italy scratch a certain itch when tackling matters of aesthetic value. When a creator decides that an audience needs to stay longer in moments…you’re breaking the magic. The film finds its strength when Salvatore returns home in the 1970s to see his Cinema after decades away.

Beauty is truth, but truth is fleeting. As Salvatore accepts his childhood for what it was and tries to make peace with a predestined life, the audience gets it. Spending too long in the past births nostalgia. That kind of nostalgia leads to things like Buzzfeed. Never let your personal Cinema become that monstrosity.