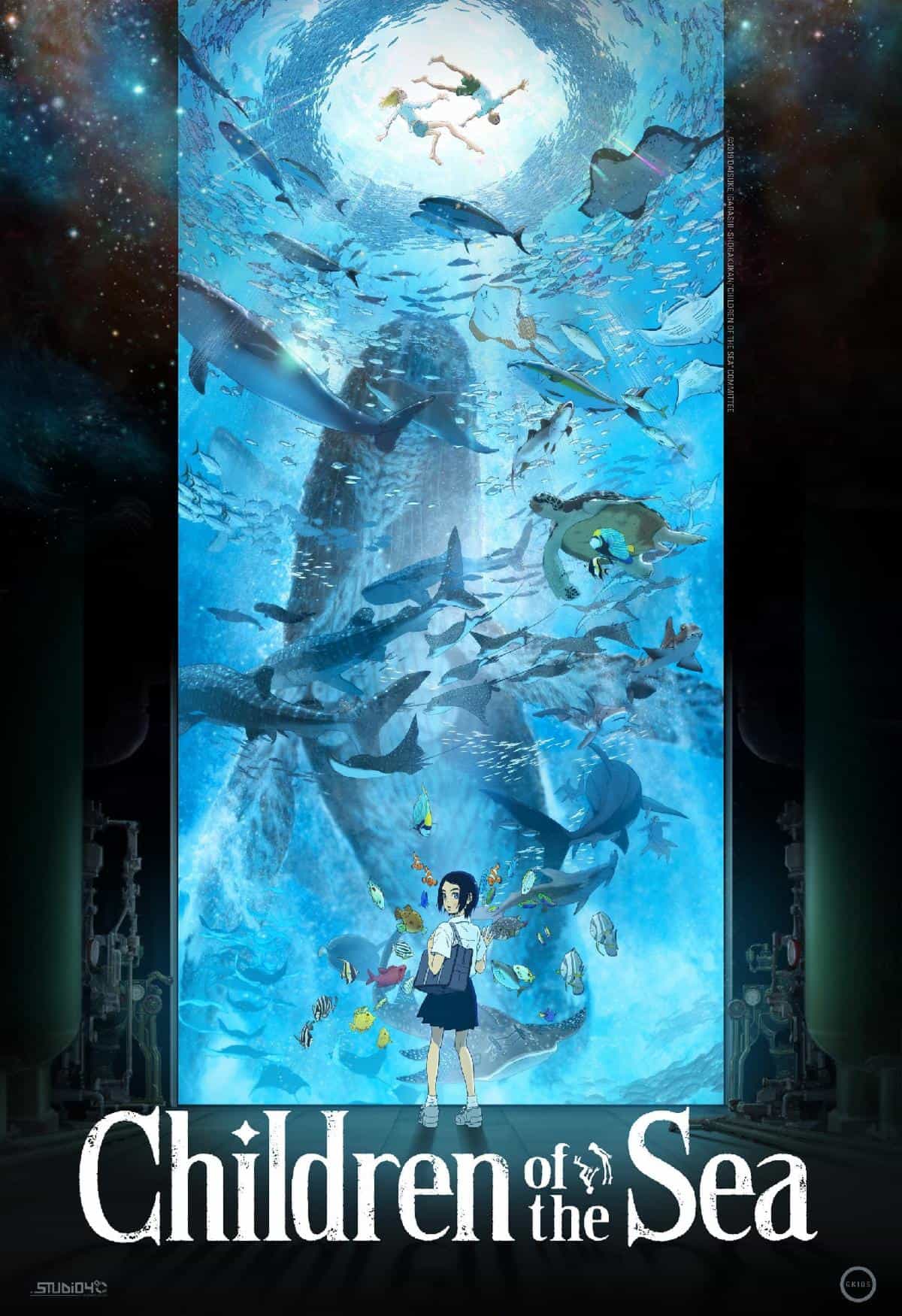 GKIDS, the acclaimed distributor of multiple Academy Award®-nominated animated features, and Fathom Events announced today that the latest feature from Japan’s STUDIO4°C (known for “Tekkonkinkreet,” “MFKZ,” “Mind Game,” “Animatrix, Batman: Gotham Knight,” and others), “Children of the Sea” is coming to select U.S. cinemas this spring. Directed by Ayumu Watanabe (“Space Brothers”), featuring a score by award-winning composer and longtime Studio Ghibli collaborator Joe Hisaishi (“Spirited Away,” “Howl’s Moving Castle,” “My Neighbor Totoro”). The gorgeously-animated “Children of the Sea,” is adapted from Daisuke Igarashi’s manga of the same name, which won the Excellence Prize at the Japan Media Arts Festival.

GKIDS and Fathom Events will present “Children of the Sea” on Monday, April 20 (English subtitled) and Wednesday, April 22 (dubbed in English), and will be followed by a limited theatrical release by GKIDS starting April 24.

In addition to the full feature, audiences will view a special interview with director Ayumu Watanabe and CGI director Kenichiro Akimoto.

Tickets will be available beginning on Thursday, March 12 at www.FathomEvents.com, www.ChildrenOfTheSeaMovie.com and participating theater box offices. For a complete list of theater locations, visit the Fathom Events website (theaters and participants are subject to change).   This title will be shown in Canada, check Cineplex.com for more information on showtimes and dates.   “We are pleased to be a part of bringing ‘Children of the Sea’ to U.S. audiences,” said Fathom Events Senior Director of Programming Brian Deulley. “The GKIDS/Fathom partnership continues to deliver the best of anime to cinema audiences across the nation and this title will wow fans of all ages.”

Tags: Children of the Sea