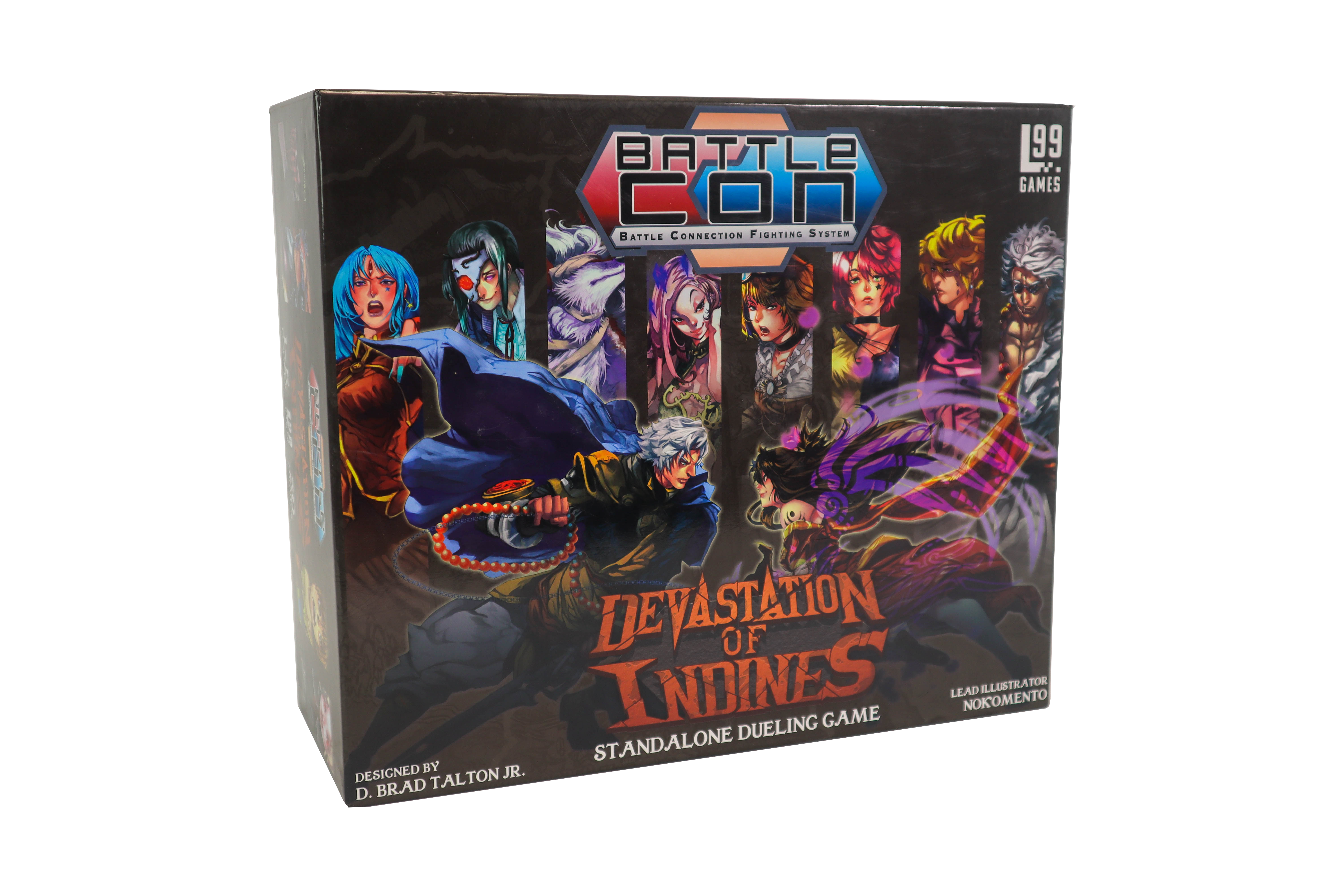 Level 99 Games, a global leader in the tabletop gaming community, today announces the exciting addition of BattleCON Devastation of Indines (2020), an updated, refreshed version of the original BattleCON game, to its extensive line of immersive tabletop game offerings.

Level 99’s first- ever tabletop game title, the brand is celebrating the 10-year anniversary of Level 99 Games by welcoming a brand-new and enhanced version of the popular classic. With its reintroduction into the Level 99 Games product universe, tabletop gaming fans everywhere can continue to enjoy their favorite characters and game plots from the BattleCON while embarking on a new voyage complete with new artwork, packaging, and gameplay experiences.

Level 99 Games CEO, D. Brad Talton Jr, originally debuted BattleCON as a Kickstarter, born from a desire to share his passion for tabletop games with the world. A decade later, BattleCON has become a lasting fan-favorite title amongst gamers, and Level 99 has blossomed into a leading presence in the tabletop gaming landscape, developing more than 50 stand-alone titles, partnering with 11 different publishers, and being sold in 50 different countries.

The original BattleCON Kickstarter, raised $15,000, 40% over Talton’s original goal of $6,000. It was in this moment when Brad realized he had the opportunity to build a career around tabletop games, and he hasn’t looked back since “I created Level 99 Games to provide tabletop gaming fans with meaningful gameplay experiences that foster relationships with both teammates and opponents alike,” said D. Brad Talton Jr., CEO of Level 99 Games.

“Making tabletop games has been a passion of mine since my childhood. BattleCON was the first game I brought into the public eye, which means it holds a special place in my heart and Level 99 Games’ history. Seeing us reach our 10-year anniversary makes me so proud to commemorate its remarkably successful run with one of the most beloved titles in the tabletop gaming community.”

A standalone, dueling card game designed for head-to-head gameplay, each player will select a character from a list of mighty heroes and deadly villains, who each use a unique gameplay mechanism to give them an edge in combat.

Consistently challenging players, each character’s gameplay approach requires intricate strategies, but uses the same foundational tactics, making each new character easy to understand and utilize during gameplay, but requires practice and patience to master. Ideal for game night hosts, tabletop game enthusiasts, and families alike, BattleCON comes at the perfect time for those looking to reduce exposure to screen time and engage in a social activity both easy to learn and challenging to perfect.

Contents hide
1 Battlecon from Level 99 is
2 Now available on Level99GamesStore.com,