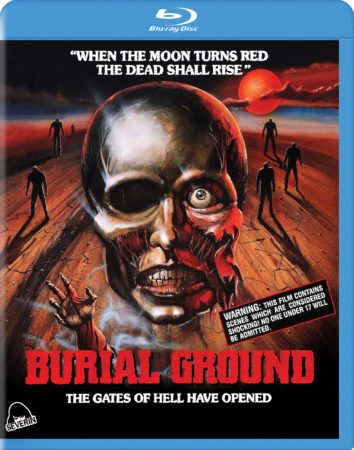 “Burial Ground” is the first film this month that made me ask what in the hell did I just watch? Somewhere between the dwarf playing a kid and the zombie makeup, I was left bewildered. But, I enjoyed a Eurotrash zombie film that just hammers you with sensory appeal. The Grindhouse appeal is on full blast, but the incestuous overtones do get to be a bit much. If that stuff bothers you, then this movie won’t be your cup of tea by any stretch of the imagination.

Psychosexual horror about undead Etruscans is a bit much for any mainstream audience. That being said, I feel that this might be the zombie film that aged me overnight. While some of this throwback schlock makes me feel like I’m back in Middle School, the rest just makes me want to watch better movies. Severin’s 2K restoration on this film is way better than previous home video releases. Look up some comparisons online and prepare to be stunned. If you’re actually a fan of the film, you will have already bought it by now.

0 0
Previous ArticleLO AND BEHOLD: REVERIES OF THE CONNECTED WORLDNext ArticleCANDIDE (2005)