The ’80s produced an abundance of fresh new talent. Some artists became superstars, thanks to airplay on radio and MTV. Others, who were no less talented, never got that big break and languished in obscurity with a cult following, later rediscovered by those whose musical curiosity leads them to dig beyond the obvious.

Bonnie Hayes & the Wild Combo fall firmly in the latter camp, and now a whole new generation will get a chance to discover the quartet when their 1982 long-lost classic album, Good Clean Fun, is released by Blixa Sounds in a special expanded edition CD on Dec. 11.

The CD will include the complete 10-song Good Clean Fun album, plus 11 bonus tracks, including the complete 1984 six-song EP Brave New Girl, a single by the Hayes’s pre-Wild Combo band The Punts, as well as three previously unreleased demos. The set also includes liner notes written by Bonnie herself as well as rare photos.

Though Bonnie Hayes & the Wild Combo never quite broke through to the mainstream, they often danced along the edge. “Girls Like Me” and “Shelley’s Boyfriend” were heard in the 1983 classic film Valley Girl alongside such New Wave classics as Modern English’s “I Melt With You,” The Psychedelic Furs’ “Love My Way” and Josie Cotton’s “Johnny, Are You Queer?”

A year prior to that, the band was signed to Slash Records — the home of such notable acts as X, Los Lobos and The Blasters – which originally released Good Clean Fun. Bonnie Hayes & the Wild Combo went on to open for Huey Lewis & the News, which featured Bonnie’s brother Chris Hayes on guitar.

Bonnie Hayes’ songs were later recorded by a diverse list of legendary artists such as Cher, Bette Midler and Bonnie Raitt, who included Hayes’ “Love Letter” and “Have a Heart” on her chart-topping, five-times platinum 1989 album Nick of Time.

She also served as a member of Billy Idol’s and Belinda Carlisle’s touring bands, and yet her purest artistic statements might be in the songs featured on this re-release. At the age of 24, Hayes was inspired to launch her musical journey after catching the Sex Pistols first U.S. show in Atlanta.

Following a move from New York to San Francisco, she formed The Punts, which released the original version of “Shelley’s Boyfriend” and “Rochambeau” as a single on their own Bondage Records label.

The single, which was played on college radio across the country, helped the band land deals with Slash Records as well as a music publisher. Though the deal with Slash only saw the release of Good Clean Fun, Bonnie & the Wild Combo weren’t done yet.

They continued to tour and in 1984 recorded the Brave New Girl EP, which features such favorites as “Incommunicado” and the Bay Area party anthem “Night Baseball.” Alongside the previously released recordings collected on the CD are three early demos of previously unreleased songs — “Killing Time,” “Leap of Faith” and “Yes/No,” which has Hayes fronting a different group of musicians.

“Yes/No” is of particular interest, since it features Bonnie’s brother, guitarist Chris Hayes, before he went on to join Huey Lewis & the News. “I figure that there might be people who didn’t get to hear some of this stuff the first time around but would like it now, and some tidbits for collectors and my four fans,” Bonnie herself writes in the liner notes.

“So, here it is, warts and all – hope you like it as much as we liked playing it. Not sure I’ll ever make any damn money, but I will always have the fun.” And the same goes for you. Grabbing a copy of this expanded version of Good Clean Fun won’t make you rich, but listening to it will put a smile on your face.

0 0
Previous ArticleFan Favorite Sakura Arms Now Available In The USNext Article‘Happiest Season’ to Stream on Hulu in the U.S.; Sony Pictures & eOne to Retain Distro Rights in Rest of World 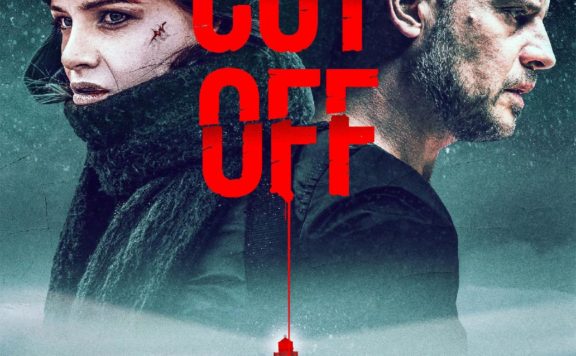