An all-star cast in an intense action-thriller comes home when Man on a Ledge arrives on 4K Ultra HD™ Combo Pack (plus Blu-ray™ and Digital) April 9 from Lionsgate. Starring Sam Worthington, Elizabeth Banks, Jamie Bell, and Anthony Mackie, the film has been called “a heart-pounding adrenaline rush” by Fox-TV. Experience four times the resolution of full HD with the 4K Ultra HD Combo Pack, which includes Dolby Vision® HDR, bringing entertainment to life through ultra-vivid picture quality. When compared to a standard picture, Dolby Vision can deliver spectacular colors never before seen on a screen, highlights that are up to 40 times brighter, and blacks that are 10 times darker. Additionally, the 4K Ultra HD Combo Pack and Blu-ray feature Dolby Atmos® audio mixed specifically for the home, to place and move audio anywhere in the room, including overhead. Available for the very first time in this absolutely stunning format, the Man on a Ledge 4K Ultra HD Combo Pack will include a featurette and trailer commentary by Elizabeth Banks and will be available for the suggested retail price of $22.99.

In the film critics call a “white-knuckle action thriller (Mose Persico, CTV Montreal),” ex-cop Nick Cassidy (Sam Worthington) escapes from prison to plan the ultimate heist; steal a $40 million diamond from cutthroat businessman David Englander (Ed Harris), and in the process prove his own innocence. From the ledge of the famous Roosevelt Hotel with the whole world watching, Cassidy plays a clever game of cat and mouse with the NYPD while his dutiful brother Joey (Jamie Bell) races against the clock to extract the diamond and clear his brother’s name.

King of Thieves arrives on Blu-ray™ (plus Digital), DVD, and Digital March 26

A star-studded cast pulls off one of the biggest bank heists in history when King of Thieves arrives on Blu-ray™ (plus Digital), DVD, and Digital March 26 from Lionsgate. This film is currently available On Demand. Based on the unbelievable true story of the Hatton Garden Heist, this hilarious and thrilling crime caper stars two-time Oscar® winner Michael Caine (1986, Best Supporting Actor, Hannah and Her Sisters; 1999, Best Supporting Actor, The Cider House Rules), Oscar® winner Jim Broadbent (2001, Best Supporting Actor, Iris), two-time Oscar® nominee Tom Courtenay (1965, Best Supporting Actor, Doctor Zhivago,1965; 1983, Best Actor, The Dresser), Charlie Cox, with Golden Globe® nominee Michael Gambon (2003, Best Actor in a Motion Picture Made for Television, Path to War), and Ray Winstone. From director James Marsh (The Theory of Everything) and from producer Michelle Wright (Baby Driver), the King of Thieves Blu-ray and DVD will be available for the suggested retail price of $21.99 and $19.98, respectively.

A famous thief in his younger years, widower Brian Reader, 77 years of age, pulls together a band of misfit criminals to plot an unprecedented burglary at the Hatton Garden Safe Deposit. The thieves, all in their 60s and 70s except for one, manage to escape with allegedly £200 million worth of stolen jewels and money. When police are called to the scene and the investigation starts, the cracks between the eccentric gang members begin to show as they fight over how to share the goods and become increasingly distrustful of each other.

An innovative film biography, FRANTZ FANON: BLACK SKIN, WHITE MASK explores the preeminent theorist of the twentieth century anti-colonial movement, and a man whom Jean-Paul Sartre recognized as the figure “through whose voice the Third World finds and speaks for itself.”
Starring British actor Colin Salmon (Arrow, Prime Suspect, Tomorrow Never Dies) as Fanon, FRANTZ FANON: BLACK SKIN, WHITE MASK , from artist/filmmaker Isaac Julien and curator and producer Mark Nash (Documenta 11) undertakes an intellectual and poetic exploration of Fanon’s life, influence and legacy. Julien, the celebrated black British director of such provocative films as Looking for Langston and Young Soul Rebels, elegantly weaves together interviews with family members and friends, documentary footage, readings from Fanon’s work and dramatizations of crucial moments in the theorist’s life. And, cultural critics Stuart Hall and Françoise Verges position Fanon’s work in his own time and draw out its implications for our own, restoring the theorist to his rightful place at the center of contemporary discussions around post-colonial identity.
From his early years in Martinique (then a colony of France) to his professional life as a psychiatric doctor and revolutionary in Algeria during the bloody war of independence with France, the brief, though remarkable life of Fanon, the influential author of Black Skin, White Masks and The Wretched of the Earth, comes to rich life in this film being released to Blu-ray for the very first time in North American featuring a new 2K digital restoration.
BONUS FEATURES
PROGRAM INFORMATION
Type: Blu-ray/DVD/Digital (iTunes, Amazon, Vudu)
Running Time: 72 minutes
Aspect Ratio: 1.66:1
Audio: 2.0 Stereo
Language:English, French and Arabic with English / French subtitles

0 0
Previous ArticleProject Blue Book: Season 1 arrives on Blu-ray™ (plus Digital) and DVD April 9Next ArticleSuspiria (2018) is better than the last 20 years of Argento’s work. 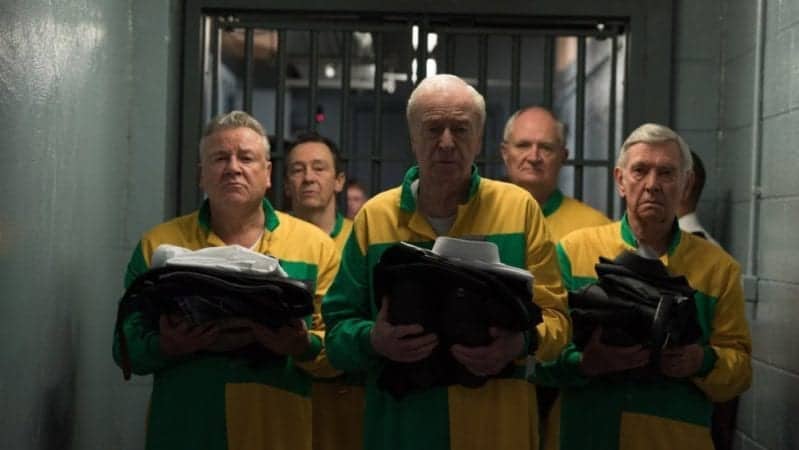