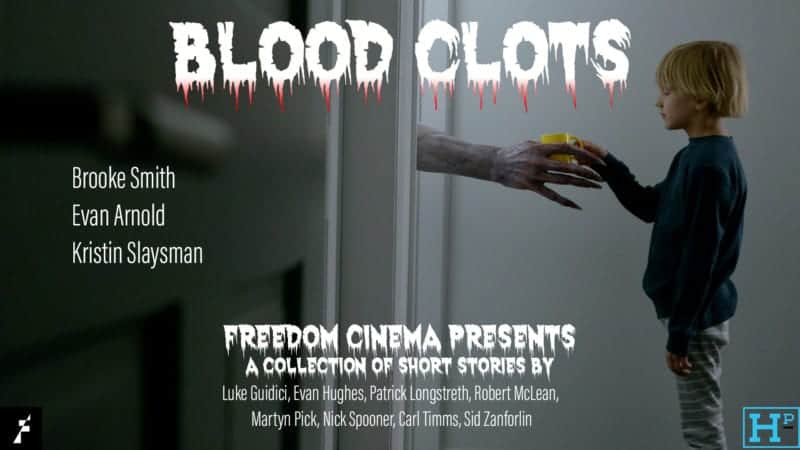 A new trailer for Hewes Pictures’ Blood Clots, starring Silence of the Lambs’ Brooke Smith, has been released.

The horror anthology,  premiering on Vimeo and Amazon, August 3rd, is a collection of horror stories curated by Freedom Cinema, consisting of shorts by New York distributor Hewes Pictures.  Featuring cannibals, zombies and other funny creatures, the anthology stars many recognizable actors such as Brooke Smith (“The Silence of the Lambs”), Harry Sinclair (“Lord of the Rings”), Madalina Bellariu Ion (“Young Pope”) and Kristin Slaysman (“The Last Tycoon”, “Masters of Sex”) among many others.

The collection is made up of seven short, gore-filled stories that will surely please the fans of the genre. Whether it is an awkward dinner with an ancient creature in “The Call of Charlie”, or a rightfully justified fear of basements in “Time to Eat”, “Blood Clots” has it all.

0 0
Previous ArticleCelebrate International Beer Day with Game of Thrones Beer, Goblets and Steins!Next ArticleHell and science combine in Anti Matter – only on Tubi this August!