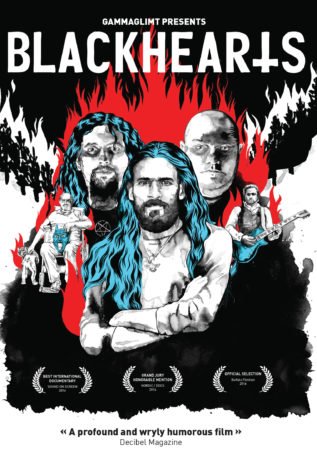 “Blackhearts” doesn’t last long enough for me. Well, that’s because I’m a huge fan of Black Metal and the weird cult that has emerged around it in the last 20 years. When Western Metal became way too close to Glam Rock, Scandinavia responded with something new. This newness was met by bands wearing seemingly Satanic gear and going super dark in their music. When HIM is considered to be practically a boy band leading the charge, you know it’s metal.

For a film that plays less than 90 minutes, it tries to bridge a history for the unfamiliar. What was a quick documentary should’ve been a mini-series. But, I’m not sure who would’ve aired it. There’s got to be a VICE special here.