“Black Society Trilogy” is a collection of three not directly related films tackling the issue of Asian organized crime. The trilogy opens on a familiar tale of the Triad vs. the Yakuza. Then, we get to see how an independent assassin works when outside of his territory. From there, we see how the youth are impacted by free-roaming crime. Think of it like The Wire as shot by Miike. The films move slightly slower than most of his other fare, but the character work is second-to-none.

What’s weird is that these films came out right when Miike was getting pigeon-holed. Sure, he does gore like a modern Picasso. But, he gets things about character and society that I haven’t seen since Capra. These are the kinds of films that makes me love Arrow. Criterion used to do more things like this, but it appears the slack has been picked up by others. All boutique home video companies need to do things like this. Educate, inform and introduce material like this to the masses! Stunning work all around.

After several years spent working almost exclusively in the direct-to-video world of “V-cinema” in Japan, Takashi Miike announced himself as a world-class filmmaking talent with this trio of thematically-connected, character-centric crime stories about violence, the underworld of Japanese society, families both real and surrogate, and the possibly hopeless task of finding one’s place in the world. His first films made specifically for theatrical release, and his first for a major studio, the “Black Society Trilogy” was the beginning of Miike’s mature career as a filmmaker and they remain among the prolific director’s finest works. 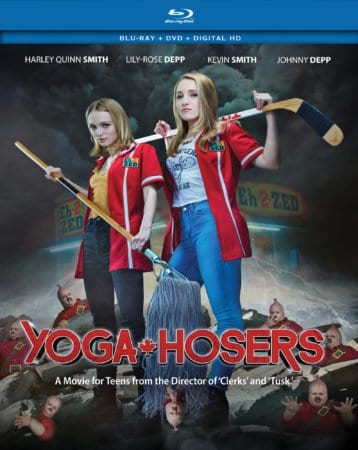 JOURNEY TO PLANET EARTH: DISPATCHES FROM THE GULF