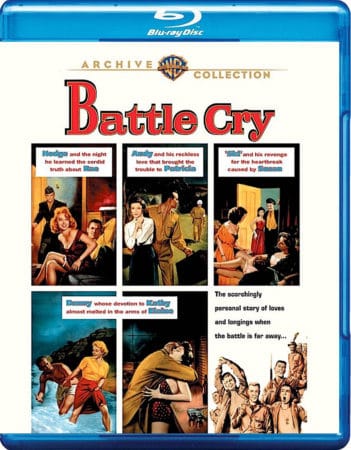 “Battle Cry” is an ultra-wide War movie from near the end of Walsh’s film run. Working from a Leon Uris script, the movie plays as a War film by way of girly romance novel. Five war bros survive World War II and now have to deal with their love lives. But, these guys are dude bros and feelings are hard business! How were they supposed to know about developing relationships when they were fighting in Saipan?

The war action is great, but this is such a bizarre little war movie. The Max Steiner score is stellar and made me head over to Screen Archives to find a copy. While I get that Uris is an insanely wordy guy, I just don’t feel like the touch he brought to “Exodus” works on a World War II movie. Honestly, it’s a genre that doesn’t lend itself to 20 minutes of what you came to see and then periodic breaks of romantic dialogue and feelings.

That kind of garbage is why Malick won awards for “Thin Red Line” and yet American audiences abandoned it faster than a prom night dumpster baby.

0 0
Previous ArticleSUMMER OF ’42Next ArticleSATAN’S CHEERLEADERS