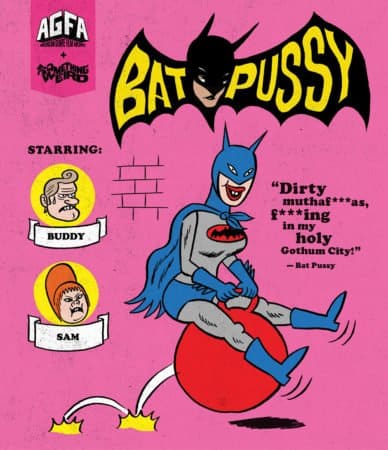 “Bat Pussy” matters. What Something Weird and the AGFA has managed to do for these deep cuts almost makes me emotional. While many bemoan classics getting sent to 4K, so many forget the cultural droppings that are literally rotting away in closets. If it weren’t for the work of one young man, Bat Pussy would’ve rotted to death in the closet of a former adult theater. While the feature is only 55 minutes long, it’s still the first Bat-take on sexual antics.

The bonus film is standard schlock, but it’s funny. If all of this makes you offended, then you’re at the wrong damn site. Everyone else, pick this one up.