Summary
Troy watches Bad Axe as the first film in his Thanksgiving catch-up. It's a loving documentary about how your family holds together in spite of the others in your immediate area.
9.1
Amazing

Bad Axe is the kind of documentary that I expected to see a lot more during the Pandemic. Take equal parts PTSD, generational trauma and modern family dynamics and make a compelling look at America in the current day.

IFC has this way with documentaries that just punch you upside the head. Bad Axe’s director returns home to Michigan during the Pandemic to see how much the world has changed around him. What could have easily been the story of a POC family making their way during the Pandemic turns into something better than a love letter of a town. It becomes a living document about a period in time that we endured as a people.

Director David Siev returns home to show how his siblings and parents make due with crazy historical changes. But, Bad Axe doesn’t take the easy way out with the story. Amidst the state ordered shutdowns and the restaurant changes, we get to experience each member of the Siev family. The college student graduating into the Pandemic that has no idea what to do could have been a focus. Not to mention the young married sibling trying to start a life with so much unknown.

Recent history is always hard to measure while you’re living in its immediate wake. However, what works for Bad Axe is the focus on the director’s father. He was a survivor of the Killing Fields who came to America and married a first generation Mexican America and started a donut shop/restaurant. The supposed American Dream should have worked for them, but so much was bubbling up under the surface. That’s where the town comes into play.

Bad Axe is a MAGA town and they dug everything Trump had to say. While the director moved away from his home town, the return is part of the film’s journey. Was the nature of the townspeople a shock or just waiting for an excuse to bubble to the surface? As the town gets more political, we watch as the death threats start rolling into the mix. Hell, the fundraiser for Bad Axe ended up getting a death threat called in to the police.

However, I am getting tired of Pandemic stories

The Global Pandemic hit people differently. However, it’s hard not to tell its story as part of Bad Axe. That being said, it’s weird to talk about something without a definitive end in sight. To those that subscribe to the long form of history, that will sound dumb. Contagions, Pandemic and Global Diseases never stop. Hell, we have enough Crunchy Moms trying their best to give Polio and Smallpox their edgy modern reboots.

But, I feel like the Pandemic is more of the A Plot of a Simpsons episode or the Rescue at Jabba’s Palace from Return of the Jedi. It needs to happen to set up the rest of the story, but it’s not the story. The story is in the human responses of the Siev family and how they respond the awful nature of world events. All the while, keeping a tight focus on the Siev Patriarch’s PTSD and the generational trauma it has spawned.

Who doesn’t want to watch a harrowing documentary around the Holidays?

Bad Axe deals with so much that it might be overpowering to casual viewers. Not every viewer is equipped to study the structures of other families much less their own. So, those people would probably do better watching Wakanda Forever or whatever comes on Disney Plus. I hear that Hocus Pocus 2 is ‘family friendly’.

For those that want something more challenging and demanding of their brains, I recommend checking out Bad Axe. It’s a family positive story about how your close-knit units respond to the rest of the world turning awful. 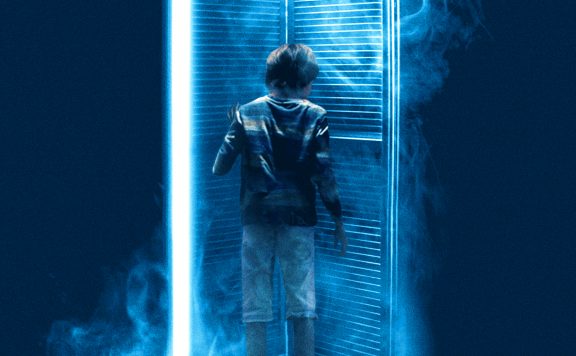 Bad Axe is the kind of documentary that I expected to see a lot more during the Pandemic. Take equal parts PTSD, generational trauma and modern family dynamics and make a compelling look at America in the current day. Bad Axe is the...
0
Average User Rating
0 votes
Have Your Say!
Your Rating: 0
Submit
Write A Review
Genre:Documentary
Rating:Not Rated
Director:David Siev
Studio:IFC