Before the Holidays, AndersonVision had the pleasure of interviewing Jason Simos of the Peter Sellers Appreciation Society. The interview was designed to capitalize on Simos’ intensive knowledge of Sellers, while discussing the films of Shout Select’s “The Pink Panther Film Collection”. While Mr. Simos appears in the special features of the later films, we hope that all serious film fans take the opportunity to watch all of the films. Hell, pick up the peripheral movies that other indie distributors released in June. Just stay away from the Steve Martin blips.

“A Shot in the Dark” has Peter Sellers’ best performance as Clouseau because he’s swooningly vulnerable in love with Maria (Elke Sommer), and there’s more at stake for him – so the complications and his reactions are even funnier. You can also palpably sense Sellers’ joy at digging into the character, from stretching the accent more to embellishing Clouseau’s frantic efforts to extricate himself from situations.

Alan Arkin was quite good but wasn’t able to grab hold of the character’s core like Sellers did, and the movie was too much of a break from the accomplished Blake Edwards style. Roger Moore’s appearance was never intended as anything more than an affectionate jape and fun in-joke, as well as a nod to Sellers, with whom he had socialized in real life. The great Steve Martin did excellent work, but his movies’ concepts of the character cadged for sentimentality in a way that the Edwards movies didn’t, and the productions didn’t sing the way that Edwards’ movies did.

With Edwards and Sellers, it was 1 plus 1 equaled 3. They were both geniuses who made magic together, including with their non-Panther movie, “The Party” (1968). As part of movie-movies, Edwards painstakingly built the proscenium framework in and around which Sellers could gallivant and soar, establishing a deep connection with the audience. But ultimately, people were coming to see these movies because “Peter Sellers is back as Inspector Clouseau.” The Sellers-less movies, even the ones Edwards made, did not work as well.

Sellers took the character seriously because Clouseau takes himself seriously. He knew that would make the comedy play. Given Sellers’ own familiarity with setbacks and pessimism – whether real or imagined – he embraced that head-on for Clouseau. Yet he never telegraphs that it’s not going to work out for Clouseau; he shows how the character keeps persevering, and how funny and admirable that could be.

No, because Sellers and Edwards had more to give. So there were more stories to tell for the character and by revisiting him as older but none the wiser, the movies remained affectionate and funny. Bringing the supporting cast from “A Shot in the Dark” back each subsequent time made it even more enjoyable.

Then and now, it is hard to quantify how meaningful and emotional it was to have been gifted with extra time with someone you had reluctantly accepted you would never be able to see again. Who hasn’t wished for that, whether in real life or in reel life? Sellers was gone too soon, and Clouseau was gone too soon. Having any more, even for a little while, made the entire project worth doing. The execution could have and should have been sharper but it offered at least a bit of closure for cast, crew, and audiences.

To preserve and protect the great art that the man brought forth, and to better educate people on his accomplishments. He deserves to be remembered and revered for his fantastic body of work as an actor and for his influence on actors both comedic and dramatic. It has also been valuable to have had those who knew and worked with him give interviews and illuminate who he really was and how he really was, as many of his peers and colleagues have since passed on. For new generations, PSAS has been able to help get his works restored and seen, or, re-seen.

“Hoffman” (1970), which provides a window into the real Peter Sellers, is an intimate and small-scale drama with humor. He shows a great deal of himself in it while – as usual – giving a fine performance.

There aren’t any actors, but there are maybe a couple of actresses who could – Kate McKinnon, for one. 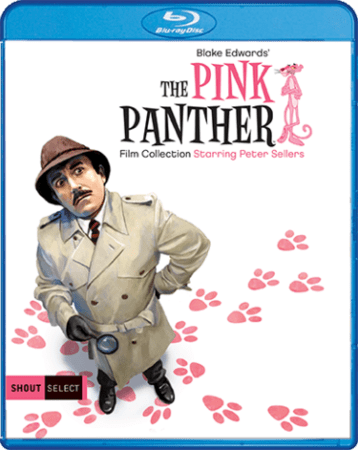