1.     A lot of our readers have seen Moscow Heat. Isn’t this film a sequel? It kinda plays like one.

ALEXANDER NEVSKY: Thank you, Troy! It’s nice to hear. Moscow Heat was my breakout film. And you’re right – I created a story for Black Rose as a Moscow Heat sequel. But I had to shoot Treasure Raiders and Magic Man first. Later I did Sofia Coppola’s Somewhere and dubbed Ice Age: Continental Drift for Russian release. So when I was finally ready to start Black Rose it was kind of too late to produce it as a sequel and call it Moscow Heat 2. Brent Huff and George Saunders wrote a script but great Sheldon Lettich (Double Impact) polished it and helped me to made Black Rose more original. Sheldon also served as executive producer.

2.     What has changed for you from Undisputed to Black Rose?

NEVSKY: Undisputed was my very first film in Hollywood. I was happy to work with amazing director Walter Hill. I had a very small part in the movie as an actor but was working for several weeks as a stuntman (they even put my name on a first position in Stunts category during final credits). In Black Rose, 12 years later, I did everything: I produced it, directed it and played a main role. At the time I was already an established movie star in Russia/CIS and I had several successful international action films under my belt as a producer. But I still remember Undisputed and very happy for Scott Adkins, he’s doing a great job in sequels.

3.     What do you find to be the difference between film tastes in America and Russia?

NEVSKY: We don’t have action heroes in Russia. It’s good for me because I don’t really have a competition over there but bad for independent film business. And Russian producers don’t want to make genre movies for some reason. But we like foreign dramas and comedies instead of the audience in North America.

NEVSKY: I have many. Red Heat, Lethal Weapon movies, Cobra, early Seagal’s films. I really like ‘old school’ Hollywood cop flicks and Black Rose was my tribute to them.

5.     What was it like making your directorial debut with Black Rose?

NEVSKY: It was dream come true but it was very tough. I also produced Black Rose so I was heavily involved in almost all the aspects of preproduction, production, postproduction, wide theatrical release in Russia, international sales and release in North America. I was smart enough to get a great team: director of photography Rudy Harbon, editor Stephen Adrianson, composer Sean Murray and executive producers Bryan Gores and Robert Madrid. My cast was very supportive also and I should thank again my co-stars Kristanna Loken, Adrian Paul, Robert Davi and Matthias Hues. By the way, Black Rose is in every RedBox right now and will premier on Netflix in July.

6.     What can you tell us about Showdown in Manilla?

NEVSKY: Showdown in Manila is a very good action film, I produced it and starred in with Casper Van Dien, Tia Carrere, Cary-Hiroyuki Tagawa, Don “The Dragon” Wilson, Olivier Gruner, Matthias Hues, Cynthia Rothrock and Mark Docascos (he also directed). Film was a theatrical success in Russia/CIS and sold pretty much everywhere last year. North American release will happen this fall. I think that Showdown in Manila is kind of another version of Expendables. And let me tell you that my new action film Maximum Impact is on the very final stage of postproduction. This movie was directed by legendary Andrzej Bartkowiak (DOOM, Romeo Must Die).

7.     This one is from a section of the readership: There are many Ukranians that read AndersonVision. They want to know if you’re going to do anymore fitness writing. Whether it’s books or articles, they were curious.

NEVSKY: My new book “Bodybuilding and other secrets of success” will be published in Russia in a couple of months. It’s my tenth book, first one called “How to become a Schwarzenegger in Russia” and was published in 1997. Half of my new book is autobiography and another half is my drug-free bodybuilding system. “Bodybuilding and other secrets of success” will be translated into English and I’ll try to get it publish in the U.S. in 2017 or in 2018 (at the same time as Showdown in Manila release or Maximum Impact release). 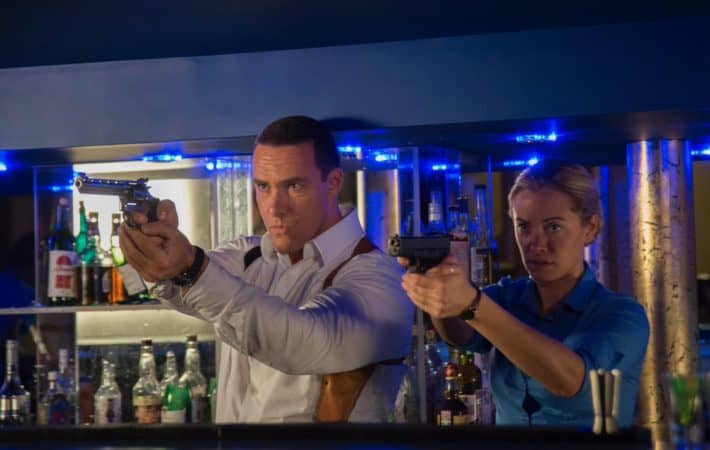