Athena is another classic Hollywood musical about getting your daughters married. But, this is a family of fitness loving non smoking weirdos. This was the early 1950s and hippies were still being kept under glass at Langley. Edmund Purdom plays a younger up-and-comer with political ambitions. When he meets a woman that gives him advice on how to mulch his trees, it’s not long before Athena sets her plan for him into motion. Then, she ropes in his buddy to marry her sister.

There are times when I’m stunned by what got released in the 1950s. It was the last big hurrah of the Golden Age where multiple venues were opening. Plus, they were terrified of TV because nothing since entertainment like the family gathered around a 10 inch screen surrounded by 50 inches of mahogany. While musicals, westerns and other crowdpleasers dominated screens…there was always room on the edge for something weird.

What’s funny is that with romantic comedies like Athena, the margin of this happening increased dramatically in the 1950s. It never made sense why that was the go-ahead arena for Warner Brothers, MGM and others. But, damn if it’s not fun to revisit decades later. Does this mean that your grandparents actively sought this stuff out? Probably not.

Jane Powell and Debbie Reynolds play the ringleaders of the sister group. Powell as the titular Athena plays a woman that must have come across super threatening in a 1950s movie musical sort of way. But, she and her family are also comical characters. They represent such a crazed portrayal of natural living individuals that they feel like John Birch Society cartoons. Yet, they’re also incredibly charming.

What is a person to make out of that dichotomy? I’m not quite sure, but I dig what we’re getting presented with here. Athena and her family are played as sincere individuals who believe in the power of healthy living. They idolize Greek mythology and believe heavily in reshaping your body to peak perfection. Naturally, they would come across as oddballs to any random American just schlepping their way through the world.

What works even better is the grandfather of the girls’ family is training to be Mr. Universe and it’s a major plot point. He controls a lot of how Athena and her family think and behave. But, he also seems to get our lead guy into trouble as the outside world sees him as a legit academic. Due to Edmund Purdom’s desire to have a viable political career, he entertains these kooks and starts to love their way of life. Hell, he even leaves his fiancee.

What does that get him? The public thinks he’s a weirdo too and then others want him to fall more in line with these people. His political career ends and his future with Athena seems shaky at best. While Athena ends on the new family having a massive feast, it’s a Graduate style ending. They got the gist of what they wanted, but you have the notion that things aren’t going to be great in a year.

Warner Archive brings Athena to Blu-ray with quite a few special features. You get three musical number outtakes and a trailer. That’s a lot for a musical that didn’t exactly set the world on fire. I love these oddball releases from Warner Archive and hope to see a lot more of them in the future.

Back in the 00s, Warner Brothers would release Cult Classics box sets with a ton of movies off the beaten path. We need this again. Be our cinematic hero, Warner Archive.

Athena is another classic Hollywood musical about getting your daughters married. But, this is a family of fitness loving non smoking weirdos. This was the early 1950s and hippies were still being kept under glass at Langley. Edmund Purdom...
0
Average User Rating
0 votes
Have Your Say!
Your Rating: 0
Submit
Write A Review
Genre:Comedy
Rating:Not Rated
Director:Richard Thorpe
Studio:MGM 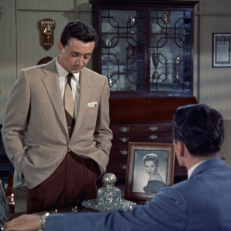 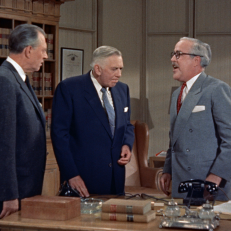 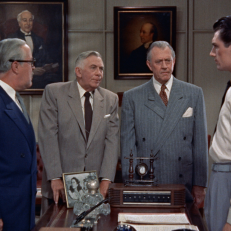 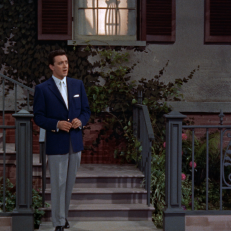 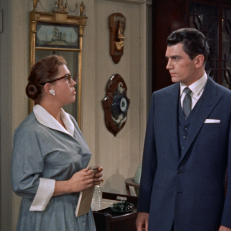 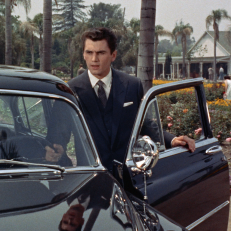 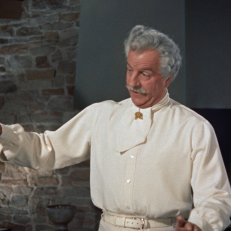 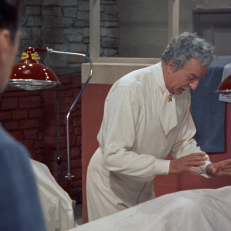