Jack Hill spent the seventies specialising in tough female characters. He made movies about girl gangs (Switchblade Sisters) and women in prison (The Big Doll House, The Big Bird Cage), turned Pam Grier a star with Coffy and Foxy Brown, and contributed to the Cheerleaders line of drive-in favourites with The Swinging Cheerleaders.

Kate, an undergraduate at Mesa University, goes undercover as a cheerleader for her college newspaper in order to expose ‘female exploitation in contemporary society’. But instead of oppression she finds love, friendship and a bigger fish to fry: corruption in the football team, headed up by the coach and his pals.

A favorite of Quentin Tarantino, who screened it at the very first Tarantino Film Fest, The Swinging Cheerleaders features a cast of cult favourites including Colleen Camp (Wayne’s World, Game of Death), Rainbeaux Smith (Caged Heat, The Incredible Melting Man) and future Playmate of the Month Rosanne Katon.

– Illustrated booklet containing new writing by Cullen Gallagher (first pressing only)
Crimes Of Passion [Blu-ray + DVD] (July 12th)
She is watched. She is worshipped. And she must remain a mystery.

In the early eighties British enfant terrible Ken Russell travelled to America and placed his unorthodox imprint on a pair of US movies. The first was the Altered States, so out-there its screenwriter disowned it. The second was the equally crazy Crimes of Passion, starring Kathleen Turner (Body Heat, Serial Mom) at the height of her powers.

Fashion designer Joanna Crane (Turner) leads a double life. By night she is China Blue, a prostitute who’s attracted the unwanted attention of two men. One is a sexually frustrated private detective hired by her employees. The other is psychopathic priest (played by Norman Bates himself, Anthony Perkins) in possession of a murderous sex toy.

With its outré screenplay by Barry Sandler and over the top score by Rick Wakeman, Crimes of Passion may just be the most outrageous Ken Russell film ever made – and that’s quite some feat! 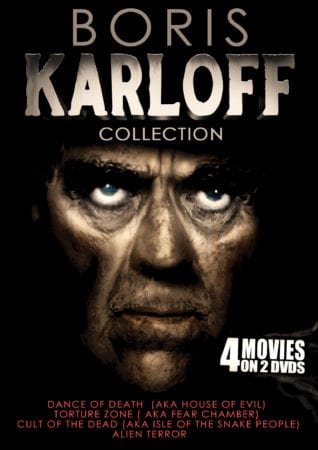