Arrow Video kicks off January 2022 with their SVOD lineup

Arrow Video brings the Anti-War Trilogy and Hotel Poseidon to the masses. But, what else is there?

January 2022 sees so much from Arrow Video. You’ve got the Mexican flicks that hit 4K from Severin getting their digital treatment on the 10th of January. That is Perdita Durango and The Day of the Beast for people not following mental shorthand.

Then, you get Red Angel, Still Tickin’ and Casting Blossoms to the Sky arriving between the 13th and the 17th. It’s killer Arrow Video stuff.

The RIP Advisor and the to-be-announced Best of 2021 films sound promising. But, it’s Arrow Video. You just know it’s going to be good.

Eternals is the latest Disney/Marvel/Feige whatever film event. What’s great is that now your mom and distant cousins get to learn about a team that was created in the late 70s and struggled to find an audience for decades. Naturally, it’s a hit now because anything Marvel touches does amazing.

What’s super impressive is that you’re going to get to see Eternals on digital and Disney Plus on January 12th. Then, the superior physical media format means you get Eternals on 4K and Blu-ray on February 25th.

You get a ton of special features ranging from featurettes, deleted scenes, commentary and a gag reel.

Film Comment unveiled their Top 20 Films released in the past year. While these end of 2021 lists are losing their appeal with a younger film crowd, I still enjoy the hell out of them. Let’s see what Film Comment had to say.

There are even more lists over at Film Comment. 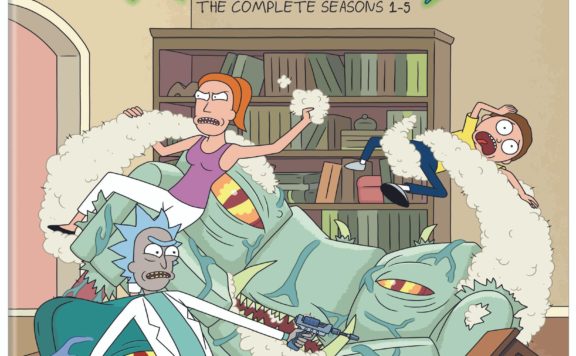