Area 23a announced today they have acquired the gothic thriller, DIG TWO GRAVES and will release the film in theaters and on demand on March 24, 2017. Written and directed by Hunter Adams (The Hungry Bull), DIG TWO GRAVES stars Ted Levine (Shutter Island, Silence of the Lambs), Samantha Isler (Captain Fantastic, TV’s “Supernatural”), Danny Goldring (The Dark Knight, The Fugitive), Troy Ruptash (TV’s “General Hospital,” “Prison Break”) and Rachael Drummond (TV’s “Fresh off the Boat,” “2 Broke Girls”). The deal was negotiated between Kirt Eftekhar of Area 23a and Patrick Alach of Longo & Alach, LLP on behalf of the filmmakers.

“After a long, strange trip making Dig Two Graves, I am excited to be screening the film in theaters across the country and hoping this will convince the investors to reconsider their plans for a third grave with my name on it,” writer and director Hunter Adams shared following the news.

Kirt Eftekhar co-founder of Area23a shared similar sentiments, stating “We are thrilled to be working with Hunter on this intense supernatural thriller and introducing his unique storytelling abilities to a mainstream audience. We look forward to continue our relationship with Hunter on future projects.”

A supernatural thriller about the generational violence that plagues a small, backwoods town, set in the 1970s, DIG TWO GRAVES asks “how far would you go to save those you love?” After 13-year-old Jacqueline Mather (Samantha Isler) loses her brother in a mysterious drowning accident she is soon visited by 3 moonshiners who offer to bring her brother back to life but at a grim cost. As the dark history of her grandfather, Sheriff Waterhouse (Ted Levine) is unearthed the true intentions of the moonshiners come to light. 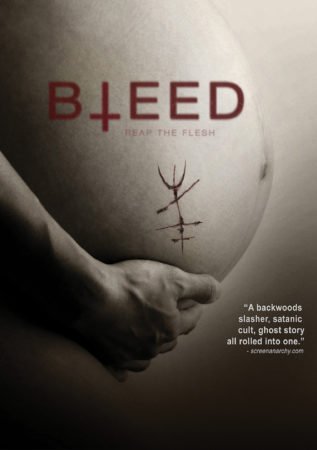 “The Carol Burnett Show: Laugh All Night” To Premiere In Movie Theaters Nationwide – April 22 Only

REWIND: Directed by Sasha Joseph Neulinger | In Theaters in NY 3/27 and LA 4/3