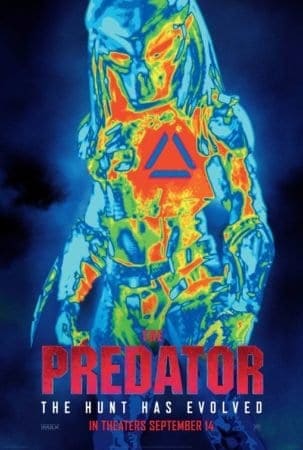 At AndersonVision, I cover a lot of material in a given week. During certain heavy times, I’ll stockpile my coverage for later. Eventually, later becomes a week later and then it’s a hurry to get everything up while still hanging onto a shred of cultural relevance. With that in mind, welcome today’s experiment.

“The Predator” had the response I expected and the response I didn’t expect. It was a hatchet job by FOX, since they were unsure of where to leave a successful franchise amid a Disney buyout. All the while, they create a response that would’ve made Tom Rothman stiff with anticipation. Did the film work with this level of change? Yeah, but the lack of linked content produces an opportunity for the worst in modern response. It allowed people to willfully misread its intent and weaponize it.

Noted attention gadfly Olivia Munn was the first to try and make the narrative about herself. After all, who doesn’t work with Bryan Singer and another predator and fails to mention it for months? She worked on a completed scene with the guy and had at least a day of direct contact. If you buy that this barely there cameo was snuck in and off set like a pariah, then I have a bridge to sell you. Finally, the movie hit and it gave people what they wanted.

If you said a Predator film that ranks above Predators but under Predator 2, you would be partially right. Unfortunately, Dekker and Black chose to expand the Predator world by linking in ideas about human evolution. Did they have to use an elementary school aged autistic kid? Probably not, but it was a noble effort. Unfortunately, studios eat noble efforts for fourthmeal.

Shit edits, forceful pacing and the lack of standard coherence produces a world that allows certain individual to read into a narrative. Some will see a lackluster Predator film that ends weird. Others will see a prompt to right the wrongs of their past. Both are attempts to lack at the magic dot picture presented by FOX and declare themselves new voices determined to slam FOX for a woeful mistake.

Those two viewpoints are just that. Viewpoints based on delightful misreads of a compromised film that might never get a Director’s Cut now. What should be studied is why people choose to read certain things into a narrative? When something has the hint of being a failure, is there a scent of blood in there? Much like in the Animal Kingdom, even the smallest of creatures will seize the opportunity to pick off a much larger rival.

But, that’s survival. You’re not surviving anything by tearing into a fourth installment of a franchise that is becoming generational at this point. All it means is that you’re a loud mouth desperate to stand on anyone’s corpse to make a point. 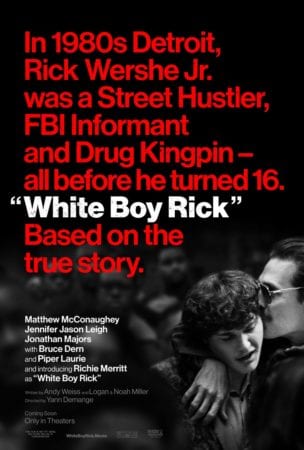 “White Boy Rick” is a film based on a case I read about in passing. For those that stuck with the BDR podcasts and Anderson Tapes, it is well-known that I read damn near everything. Rick Wershe and his dad came to my attention when I was studying his appeals to get released from prison. The film does an amazing job tracing his route from 1986 suburban life to prison. However, it goes a little too far out of its way never to damn anybody for what was going on.

Who do you blame? The insane three strikes laws of the 90s or a family that made its bread in weapons dealing? Matthew McConaughey impressed me here, but it’s also so typical that I can see it being ignored come awards season. 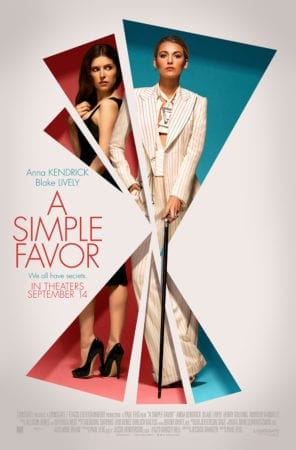 “A Simple Flavor” could’ve been a turning point for Paul Feig. The director that is only as strong as his material continues to paint himself into a corner. Jessica Sharzer’s script provides a world where we can buy Anna Kendrick and others being up to nefarious deeds. However, it deals in subtle influence to a point that it must have gone over Feig’s head. The third act is a mess that relies on a surprise that doesn’t quite gel.

Turning the film into a Scooby Doo mystery about mommy bloggers and religious twins is dumb. The entire mishap with the wrench and double cross is dumb. Dumb, dumb, dumb. The fact that this film opened at #2 at the box office is staggering.

“American Chaos” is the latest documentary trying to make sense of Trump’s reign of terror. Focused more on the 2016 Election, director Stern goes through Trump Country meeting with his voters. From Cubans against immigration to Coal Workers expecting Coal jobs to return, there is a painful sense of hope about all of them. However, no one is willing to admit that they got played. Thankfully, the film played short. Between Impeachment Twitter and the slow kid take on Orwell, I need a breather. 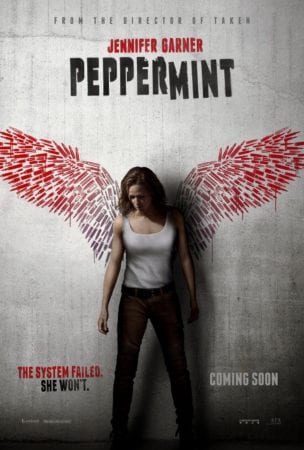 “Peppermint” is Death Wish for women. Literally, that’s all it is. I wish the Taken guys wore that on their sleeve, but they keep playing so coy with the change-ups. Hell, I enjoyed it more than the Eli Roth take.

SCOTTY AND THE SECRET HISTORY OF HOLLYWOOD REVIEWED 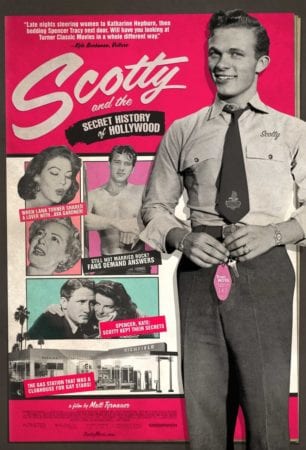 “Scotty and the Secret History of Hollywood” confirms things that most already suspected. Golden Age Hollywood celebrities had dirty secrets and loved to screw. They were human and who cares? Apparently, my ass still does. Scotty Bowers is one of those perfectly hidden Hollywood figures. While the man had written a book about the affairs he orchestrated in Hollywood from the 1940s and well into the present, many doubted him.

Many still have attacked the source work of nonfiction for an old man exploiting his knowledge of dead celebrities. Over the last few years, his exploits have been backed up by everyone from Gore Vidal to Liz Smith and even in Debbie Reynolds’ memoirs. His big claim to fame was ditching his gas station for the day to become Walter Pidgeon‘s cruising hookup. From there, he supplied ladies to Katharine Hepburn and introduced Randolph Scott to Cary Grant.

The most fascinating aspect of the documentary is how he became Dr. Kinsey’s connection on the West Coast. His work in setting up the sexual history survey and connecting Kinsey to the right people propelled sexual psychology studies into the modern era. While the documentary might be on its way out of the arthouse circuit, I recommend streaming it as soon as it hits one of the major services this Fall. 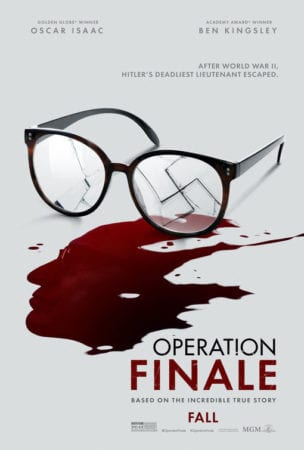 “Operation Finale” allows Oscar Isaac and Ben Kingsley to star in a less successful take on what Rachel Bloom covered on Drunk History recently. That’s it. There’s a reason it got a Labor Day weekend dump. 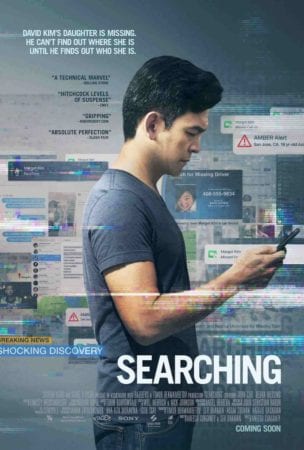 “Searching” isn’t as smart as it thinks it might be. Another short quip followed by video reply. 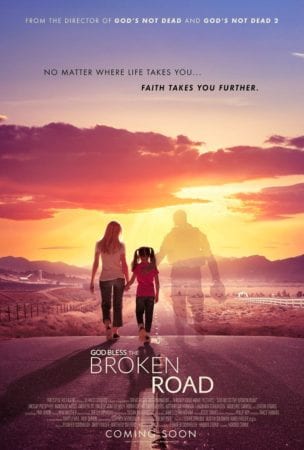 “God Bless The Broken Road” had LT playing a pastor. That’s the only upside of a film that feels like literally every other religious film arriving at a 5-6 week clip this year. If you ever wanted a maudlin film about a mother and daughter dealing with a dead vet dad…this is your movie. Normally, I have a ton more scorn or compassion for these movies. I just don’t care. For the football fans, I’m referring to RB LT not Leg Snappin’ LT. 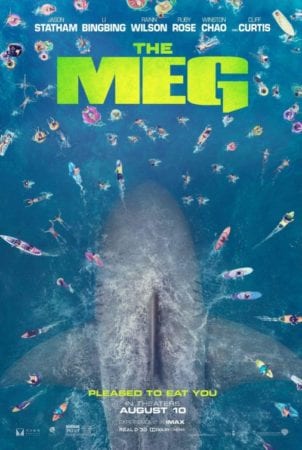 “The Meg” has been built up for ages. If I knew or bothered to read the book, I would’ve never stopped joking on a certain group of people. But, then I would’ve been banned from yet another place. If you ever wanted to see a giant shark movie that placates to every target audience, this is for you. It’s PG-13, appeals to the Chinese market and allows Jason Statham to continue having a career. Given how long it was in development, everyone that helped bring it to the big screen deserves a shout out.

That’s all you get. 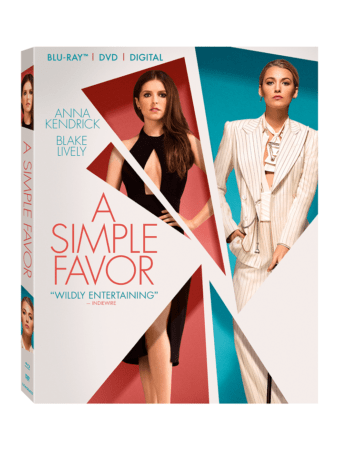 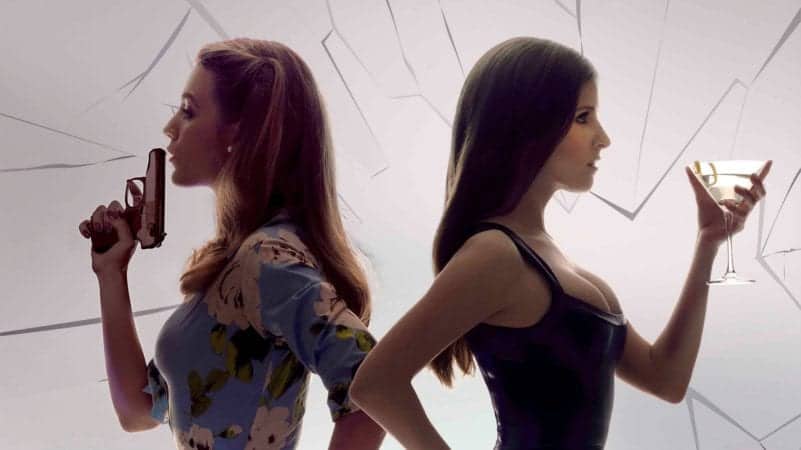 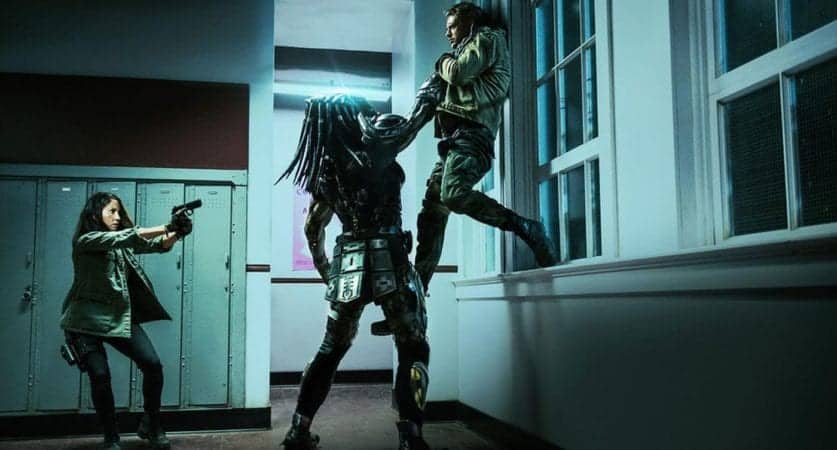 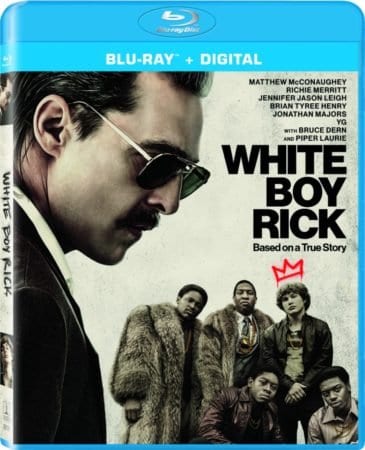 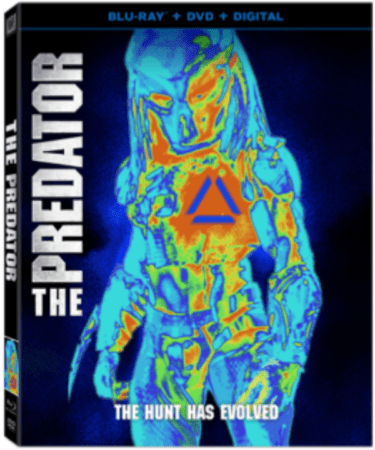