8
Great
Video - 7.8
Audio - 8.3
Movie - 8
Contents hide
1 What do you do when you watch every Blu-ray and DVD in the world, but want to say a lot about them?
2 Tell My Story arrives on DVD from Cinema Libre Studio
3 Freedom, Waterboys, Far Western are available from Corinth Films
4 Lapsis, My Little Sister are available from Film Movement
5 My Mexican Bretzel, Entre Nos, Women Without Men, White Shadow are available from Indiepix
6 Ambushed, Run For Your Life, Faceless Man are available from Retro Afrika/Indiepix

What do you do when you watch every Blu-ray and DVD in the world, but want to say a lot about them?

The compromise is that periodically I have to stop talking about classic movies to cover random releases in these giant pieces. Some readers hate them, others strongly prefer them. All the while, I’m trying to clear space so I can go back to thinking about the movies that take up the front of my brain. That does make these DVDs and Blu-rays any lesser. These are just the titles that didn’t floor me on the same level.

Tell My Story arrives on DVD from Cinema Libre Studio

Tell My Story is a startling documentary examining the rise in teen suicide. Having been developed by Cinema Libre Studio, the documentary is now available on Vimeo and for 90 days free (until June 23) at Wellbeings.org, an initiative of the Washington D.C. PBS station WETA. While I enjoyed it, I realize that I watch more documentaries than most. I find most non-fiction to be immediately captivating and I think there is plenty here to capture your attention.

Over the course of 85 minutes, Tell My Story walks everyone through how to reach kids. After all, most professional mental health misses kids by the score. That’s because kids in trouble have to go through more hoops than the average adult. After all, how easy it is to dismiss a kid’s feelings? Stunning work that is also available On Demand.

Freedom is yet another movie about middle aged people not being able to handle the pressures of marriage. I know that I sound like I’m 90 when I talk about this stuff, but it’s pretty damn true. It doesn’t matter if it was the 80s with Thirtysomething or the indie cinema of now, people just sound whiny in these movies. The DVD comes with no special features.

Waterboys is pretty funny. But, it’s also a standard relationship drama comedy that could happen in any country in the world. The Scottish band The Waterboys gets featured in the movie, but I have no idea who they are. Honestly, I went on Wikipedia afterwards to look up who they were. Not a big shocking reveal.

Far Western had this fascinating DVD case which got my attention. Plus, I loved the subject matter of the documentary. Watching Japanese musicians playing Bluegrass and Country music. Watching them share their love of the music and make their way around Tokyo and the South, it’s pretty impressive.

Lapsis, My Little Sister are available from Film Movement

Lapsis is the kind of modern Science Fiction movie that makes sense if you’re into Quantum Physics. Naturally, I expect this movie to fly past a ton of people. So, what does this mean for the average people? Well, the answer is if I could get people to follow Primer, then there is room to dig this one. It’s just I recommend rewatching Lapsis with the commentary after viewing it a first time.

Let the featurette help sink the material into your bones. If that doesn’t work for you, then try out the bonus short film. Past that, I’m not really sure what to sell you on. I liked it.

My Little Sister is the most German drama that Germany ever merkled. Artistic types moan and long after each other, while trying to solve family issues. It’s a cancer drama, it’s a family story, it’s like if Bergman tried to remake The Family Stone. The DVD comes with a video intro from the directors.

My Mexican Bretzel uses diaries, film clips and home movies to create a look at how one man created a wonder drug. Using the framework of his wife’s stories, we see how these two lovers created a tale of living that lasted for decades. It’s quite impressive.

Entre Nos is a movie that I swear I covered at AndersonVision. It’s a look a Colombian immigrants struggling to survive in NYC. So, if you want to see a single mom struggle to keep her two kids from being thrown into the streets, then you’ll dig this. The DVD does come with a cool featurette about making empanadas.

Women Without Men is a novel adaptation about the 1953 coup in Iran. What follows is a fascinating look at how a country can transform and how it will forever change citizens’ lives. Watching as women lost much of what they desired was startling. But, it was shot so incredibly well.

White Shadow is the last Cinema Verite Indiepix DVD I watched recently. Executive produced by Ryan Gosling, White Shadow is the film directing debut of Israeli artist Noaz Deshe. What follows is a startling look at how albinos are treated differently in Africa and developing nations. It’s kinda nutty to see how one albino kid has to live on the outskirts of society. But, that’s about it.

Ambushed, Run For Your Life, Faceless Man are available from Retro Afrika/Indiepix

Ambushed, Run for Your Life and Faceless Man are the latest Retro Afrika releases from Indiepix. I love it when these DVDs come, because it’s a trip back in time to see African cinema during its 70s/80s peak. Ambushed is a Sollywood men on a mission movie. This time, a group of friends and a game ranger are trying to rescue the Ranger’s kidnapped wife and son. This leads to an hour long romp that leads to high action.

Faceless Man is a political assassination movie. This leads to a cat and mouse game between a regular guy and a policeman. Police corruption seems like it should have been a bigger issue at the time, but it’s rare to see a movie from Sollywood that tackles it this head-on. Amazing DVD.

Run For Your Life is a cross-country running movie about illegal drugs. After two runners get taken hostage by a drug dealer, they have to team up and beat down the people holding them hostage. The film is all action, as the DVD barely runs over an hour. It’s pretty damn amazing. 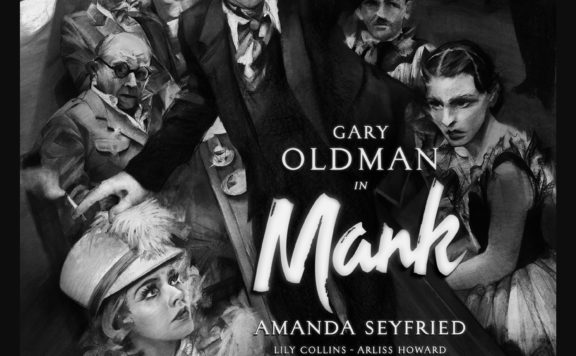 What do you do when you watch every Blu-ray and DVD in the world, but want to say a lot about them? The compromise is that periodically I have to stop talking about classic movies to cover random releases in these giant pieces. Some rea...
0
Average User Rating
0 votes
Have Your Say!
Your Rating: 0
Submit
Write A Review