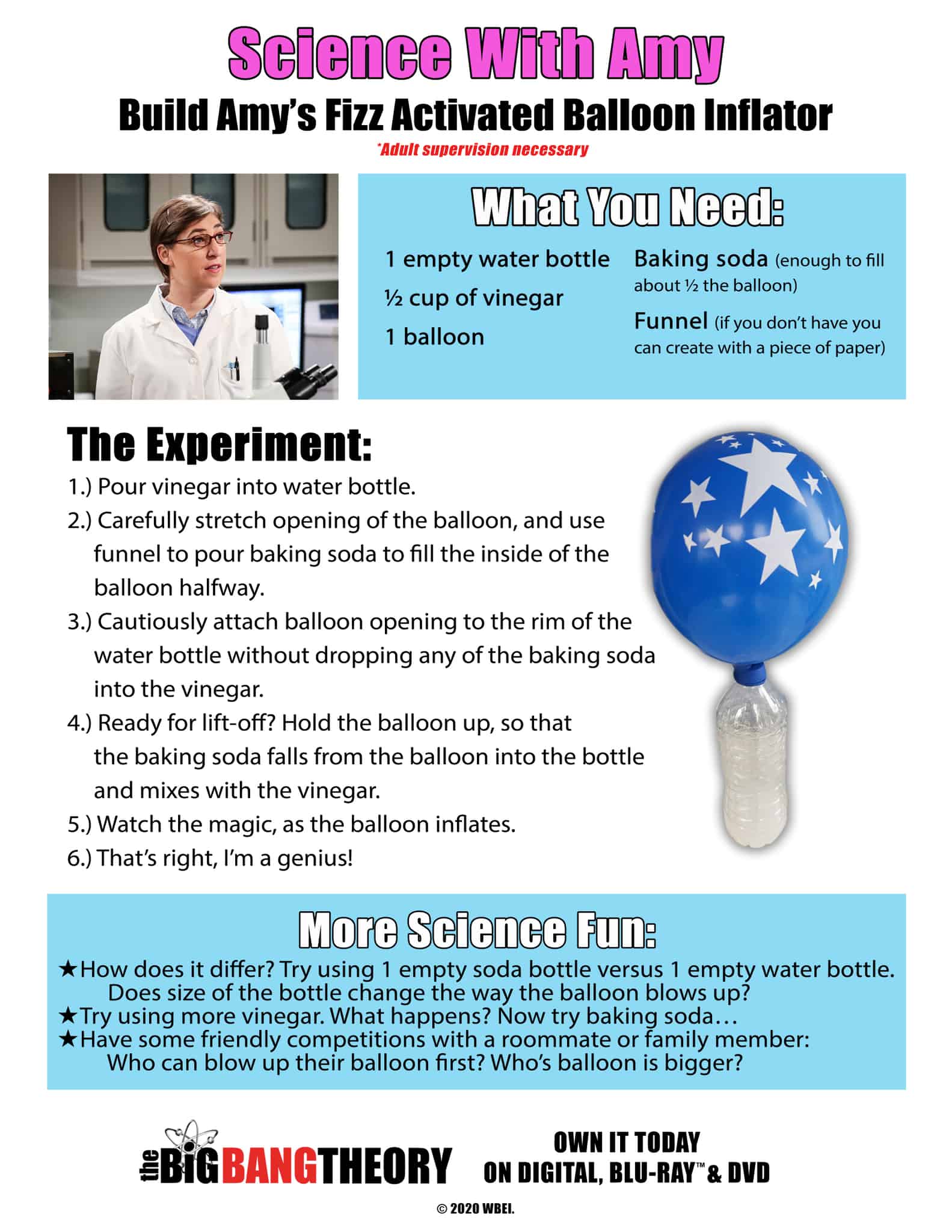 Science with Amy from #BIGBANGTHEORY

On behalf of The Big Bang Theory: The Complete Series, Warner Bros. Home Entertainment brings you Science With Amy! You probably have most of the supplies lying around your home to conduct this experiment – so grab your kids, or video chat with a friend for this one – as it’s time to get nerdy and have fun! We highly advise you to get a whole bag of balloons, as you will want to do this over and over again! And parents – please note that adult supervision is always required with your Jr Scientists.

The only way to see The Big Bang Theory: The Complete Series commercial free is to own it on Digital, Blu-ray & DVD. All individual seasons are available to purchase here: http://www.ownwbtv.com/?bigbangtheory.

All seasons are also available to own at all major digital retailers; including iTunes, VUDU, Amazon Prime, and GooglePlay. DVD and Blu-ray (which include incredible extra features) can be purchased from all major retailers – including Amazon, Walmart, Target, and Best Buy. So, if you need a laugh and want something to binge on – now is the time to own this hit series!

Get lit in the stylish ensemble caper, THE GENTLEMEN,a star-studded, sophisticated action-comedy written and directed by Guy Ritchie (Sherlock Holmes, Snatch). This engaging and unpredictable film is available now on Digital, lighting up on On Demand April 14, 2020 and on 4K Ultra HD, Blu-ray™ and DVD on April 21, 2020, from STXfilms and Universal Pictures Home Entertainment.

Set in the underworld cannabis industry in London, Ritchie makes a grand return to his signature, kinetic style, enthralling and surprising audiences with every scene, made even more dynamic by the performances of its star-powered ensemble cast. The home release includes exclusive bonus content bringing audiences deeper into the provocative world of the film.

THE GENTLEMEN follows American expat Mickey Pearson (Matthew McConaughey, Dallas Buyers Club), who built a highly profitable marijuana empire in London. When word gets out that he’s looking to cash out of the business forever, it triggers plots, schemes, bribery and blackmail in an attempt to steal his lucrative domain out from under him.

THE GENTLEMEN will be available on 4K Ultra HD in a combo pack which includes 4K Ultra HD Blu-rayTM, Blu-rayTM and Digital. The 4K Ultra HD will include all bonus features on the Blu-rayTM disc.

IFC Films is proud to announce, “The Indie Theater Revival Project,” an initiative to support its theater partners as they reopen for audiences in the coming weeks and months. The company has put together 20 curated retrospective programs, which include approximately 200 films spanning IFC Films’ 20-year history and will make them available to cinemas across the US, starting May 29. No film rental will be due for these special engagements. A selection of the programs will also be presented at IFC Center, IFC Films’ cinema in New York City, when it reopens.   “The Indie Theater Revival Project” allows theaters to book any number of the retrospective programs, in part or in total, any time through the first month after a theater reopens. Theaters can sign up for the project and get more information at www.ifcfilms.com/films/indie-theater-revival-project.

“Independent theaters across the country have been essential partners for us at IFC Films, and we would not be where we are today without their support,” the company announced in a statement. “We wanted to take the first step and let theaters know that we are committed to helping them reopen their doors by providing a selection of films to program while the new release landscape gets back to normal.”

The 20 retrospective programs available in “The Indie Theater Revival Project” include “Yes We Cannes!” (award-winners from the Cannes Film Festival, including 4 MONTHS, 3 WEEKS, 2 DAYS and THE WIND THAT SHAKES THE BARLEY); “Discover Together” (a slate of family-friendly documentaries including CAVE OF FORGOTTEN DREAMS and PICK OF THE LITTER); portraits of the famous and infamous (from Joan Rivers to Elaine Stritch to Che Guevara and beyond); outrageous genre favorites (including THE BABADOOK, ANTICHRIST, and THE HUMAN CENTIPEDE); and IFC Films’ greatest hits.

A preliminary lineup is available at www.ifcfilms.com/films/indie-theater-revival-project; a complete list of the programs will be announced in the coming weeks.   The first three retrospective programs to be announced are:

New Trailer for Into The Dark: Delivered

Check out the new trailer for Into the Dark‘s May episode, DELIVERED! In the series’ Mother’s Day installment, a pregnant woman’s life is upended when she realizes someone close to her has darker plans for her and the baby. 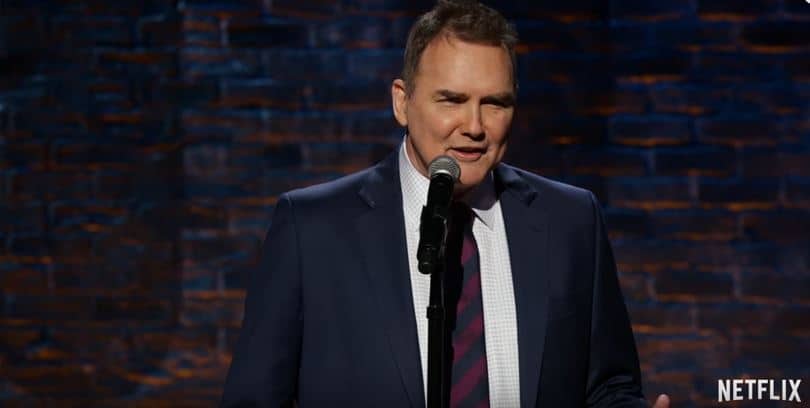 James Cameron Partners with Prizeo.com to Raise Funds for One Drop
November 2, 2015