“Ali & Nino” is a pretty crazy early 20th century take on the same kind of period romance that gets trot every couple of years. This time, our lead fellow murders a rival for the hand of a Georgian princess. By that, I mean the Armenian guy kills for a chick from the nation of Georgia. If you murder someone for a piece from Georgia, then usually end up on “Cops”. The film attempts to cover a lot of ground, but Mandy Patinkin makes sure to ham it up for everyone.

I really dug director Asif Kapadia’s work on Amy, but I’m not sure of Kapadia’s narrative work. In time, I can see a great talent emerge on this front. For now, it’s just a rental.

Set against the sweeping tide of history, this is the breathtaking tale of a romance that crosses political, geographic, and religious divides. Azerbaijan, 1918: though he is Muslim and she is Christian, Ali (Adam Bakri) and Nino (Maria Valverde) defy their parents and marry. At first it appears that their all-consuming love will be enough to overcome the differences in their backgrounds. But their bond is soon put the test, first as she confronts what it means to be a westernized woman living in a traditionalist society, and then again when everything they know is turned upside down by the arrival of World War I. Directed by Academy Award-winning filmmaker Asif Kapadia (Amy) from a script by Atonement screenwriter Christopher Hampton, Ali and Nino transports viewers to a land of awe-inspiring beauty and a time of great upheaval. With Mandy Patinkin. 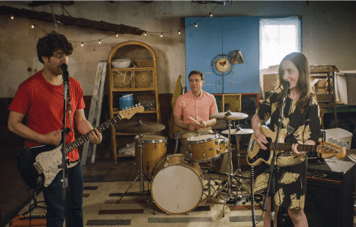 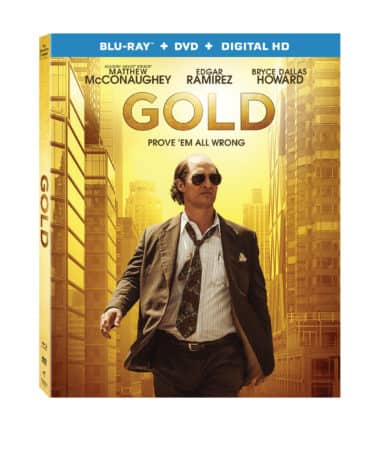 GOLD arrives on Digital HD on April 18 and on Blu-ray Combo Pack, DVD, and On Demand May 2