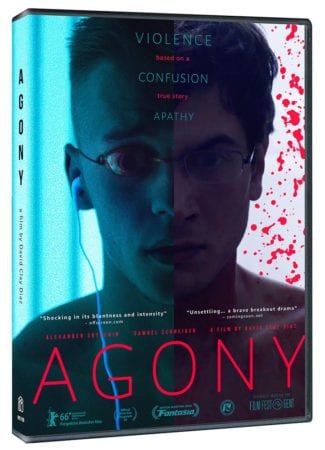 Agony is a split narrative movie about two young men in Vienna. One is a crazy murderer and the other is struggling with sexual identity. As lives are lost and gained, each man has to struggle with what defines his masculinity. While the film claims that it’s based on a true story, I was able to uncover nothing about it. Still, it feels real. So real that I buy every image of brutality placed onscreen.

What does that mean for you? Well, most of the readers have been checking out these Indiepix releases on the Amazon Prime Video channel thing. I appreciate you guys letting me know that these films are making a dent. This should already be hitting the service by the time this goes lives, so I hope to head off your weekend viewing plans. That being said, it’s not going to be for everyone. But, you should try it.

There is a lot more going on than a graphic murder or two.