Summary
After the Thin Man is the second film in The Thin Man series. What thrills await Nick and Nora? Find out in our Warner Archive Blu-ray coverage.
8.4
Great
Video - 8.8
Audio - 8.6
Movie - 7.8
Special Features - 8.5

After the Thin Man is a reminder that your partner’s family members are just going to suck for awhile. This second Thin Man adventure finds Nick and Nora making their way to visit Nora’s family. Being a former cop of Irish descent, Nora’s rich family thinks he’s not good enough of her. It’s the kind of stuff they used to make Taylor Swift songs out of before Scooter Braun bought all of her music.

William Powell is charming enough as Hammett’s Nick Charles. But, I can feel the same problems I have with Powell even in this second Thin Man film. While not well remembered by modern audiences, Powell was the equivalent of a Jude Law or Paul Bettany in his time. Your mother might not know who is it, but she’s seen at least 3 or 4 of his movies.

The Thin Man series would carry on for 4 more movies over the next 11 years. However, I can’t say that any of them tickled me as much as After the Thin Man. You might ask why did this second entry entertain me so much? The answer is because it was so damn odd and schizo in its approach.

While the first movie was a more traditional detective movie, this one treats its mystery as a side plot. After the Thin Man feels like it’s a feature length pitch for a sitcom. But, this is back when a sitcom was a one-set radio play. From scene to scene, it goes from a family conflict movie to an actual murder mystery plot starring Jimmy Stewart.

The Asian influence on this 1930s mainstream mystery is a step above the Chan films that FOX was running at the time. By a step, I mean a slight step. San Francisco’s Chinatown District plays a huge role in half of After the Thin Man. However, it’s done with the grace and dignity of your grandfather watching Tora! Tora! Tora! on TBS in the 90s. Not offensive enough to be gross, but awkward enough to call attention to it.

While watching After the Thin Man, I get what Van Dyke and others were trying to do. But, by showing the real San Francisco…you’re showing what middle aged men in Burbank thought of the area during the Depression. You’re just asking for trouble with that approach. Does it change how I feel about the movie? Not quite.

I’ll always take a great detective story from the 1930s. But, I realize that Hollywood took the bigger films into weird directions to make them palpable to more people. As is the rub when you try to make something mainstream, you dumb it down quite a bit. But, that’s not to say After the Thin Man was defined by its misses.

Jimmy Stewart showing up as a scumbag is entertaining. I don’t know what it is, but there is something about playing against type that always makes me smirk. His reveal as the master villain was done in a way that never got matched again in the series. Hell, Another Thin Man (the immediate sequel) was so paint by numbers that you can accurately call the ending about 25 minutes into the film.

What’s so weird about After the Thin Man is that franchise button. It just feels so cheap…even for the 1930s. We’re getting into spoiler territory, but everyone reading this has had decades to watch the movie. Making the jump to Nick and Nora having a kid by the second movie is the kind of narrow thinking that ruined the Marvel film at FOX.

It’s not enough to make a series, but you have to pin down and stuff everything into a short amount of narrative. It’s kinda crazy, but such is the nature of show business regardless of the decade.

Warner Archive brings After the Thin Man to Blu-ray with a ton of special features. You get a Robert Benchley comedy short. A classic cartoon, radio show and a radio promo. Plus, a trailer! I love packed releases, but I kinda needed a commentary to help fill in some gaps here. Still, Warner Archive delivers everything that a classic cinema fan needs.

Fans can purchase After the Thin Man at www.wbshop.com/warnerarchive or online retailers where DVDs and Blu-rays® are sold

After the Thin Man is a reminder that your partner's family members are just going to suck for awhile. This second Thin Man adventure finds Nick and Nora making their way to visit Nora's family. Being a former cop of Irish descent, Nora's ...
0
Average User Rating
0 votes
Have Your Say!
Your Rating: 0
Submit
Write A Review
Genre:Comedy, Detective
Rating:Not Rated
Director:W.S. Van Dyke
Studio:MGM 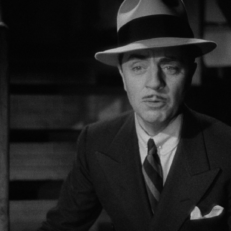 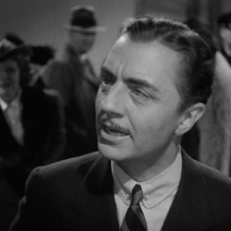 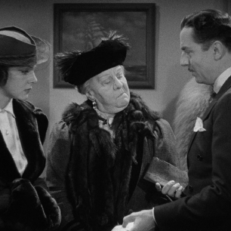 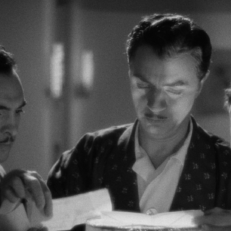 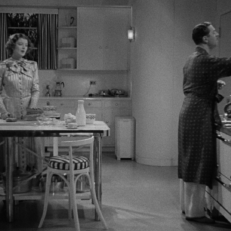 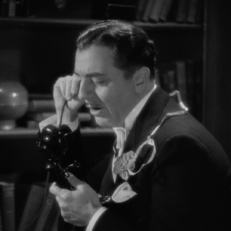