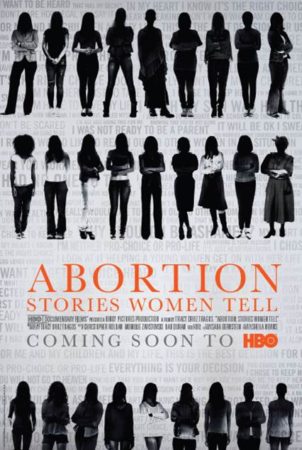 In 1973, the U.S. Supreme Court decision in Roe v. Wade gave every woman the right to have an abortion. Since 2011, more than half the states in the nation have significantly restricted access to abortions. In 2016, abortion remains one of the most divisive issues in America, especially in Missouri, where only one abortion clinic remains open, patients and their doctors must navigate a 72-hour waiting period, and each year sees more restrictions.

Award-winning director and Missouri native Tracy Droz Tragos sheds new light on the contentious issue, with a focus not on the debate, but rather on the women themselves: those struggling with unplanned pregnancies, and the providers who show up at clinics to give medical care, as well as the activists on both sides of the issue, hoping to sway decisions and lives.

With the latest supreme court ruling and the upcoming election, the HBO Documentary Films release ABORTION: STORIES WOMEN TELL presents a candid dialogue about one of the timeliest issues facing America today.