Summary
A Tale of Two Cities is an important lynchpin film in 1930s film history. But, does that make it worth watching? Check out Troy's coverage of the Warner Archive Blu-ray release of Tale of Two Cities.
8.2
Great
Video - 8.3
Audio - 8
Movie - 8.1
Special Features - 8.5

A Tale of Two Cities had its fifth feature film adaption in 1935. This film was to be David O. Selznick’s ticket into master level productions and it paid off. The box office receipts for this film paid for later films such as Gone with the Wind and Rebecca. But, why was a film like this popular in the middle of The Great Depression? The answer is found in the nature of the film. Taking place during the Reign of Terror, France is shown as a nation tearing itself apart. The Revolution was successful, now no one was safe from the tyranny of others.

Cut to America in the mid 1930s. The classic studio system was showing the first cracks that began with the creation of United Artists. Mega producer David O. Selznick wanted a similar piece of the pie, but couldn’t find a way to break out onto his own. Enter mega star Ronald Colman and his desire to be the lead actor in an all-star production of A Tale of Two Cities. The groundwork was set for greatness.

Ronald Colman wanted to be in this movie so bad that he shaved off his moustache. Grab the Ouija board and ask someone much older why that was such a big deal. The roles played by Ronald Colman and Donald Woods tend to be played by similar looking actors or by the same performer. While Colman shaved his moustache to help with the look, he only wanted to play Sydney Carton. So, that happened.

Does it matter? In terms of playing a better Carton, sure. Sydney Carton is the bigger role in A Tale of Two Cities and all of the great quotes come from this character. However, the character puts himself on a pedestal to suffer for the sins of all mankind. But, let’s look at Sydney’s life before he ends up in a bad way. While serving as Donald Woods’ lawyer, he fails to beat the Marquis’ trumped-up charges and puts his friend on The Green Mile.

Big budget literary adaptations in the 1930s were a dime a dozen. But, when they could connect to social sentiment…these adaptations popped off the screen. What I don’t get is why did the poor masses sympathize with A Tale of Two Cities. More than anything, A Tale of Two Cities asks the gentry to care about the aristocrats facing real hardship. It’s pretty brutal and doesn’t relent for a 1930s film.

Charles Dickens had a following for decades after his Victorian popularity. From the moment that the world made feature-length films, most creators were trying to adapt his work. David O. Selznick was a genius to stage this adaptation right when the masses were at a fever pitch. For years, this was the film version people pictured when discussing the classic Dickens tale. Hell, I can’t think of any attempt to retell this story at a massive scale in decades.

Warner Archive brings A Tale of Two Cities to Blu-ray with a bevy of special features. I’m really loving how everything that can possibly be added to the special features is getting the treatment now. You get an Oscar nominated short film, vintage cartoons and a trailer. Plus, there’s the old audio-only standby that Warner has been including with their classic releases since the Golden Age of DVD. Warner Archive knows how to create wonderful releases to inspire a new generation of classic cinema fans.

The A/V Quality is impressive again. But, I found the DTS-HD 2.0 mono track to be a little thin during quieter scenes. Oh well, it’s worth a purchase to the curious.

Fans can purchase A Tale of Two Cities at www.wbshop.com/warnerarchive or online retailers where DVDs and Blu-rays® are sold 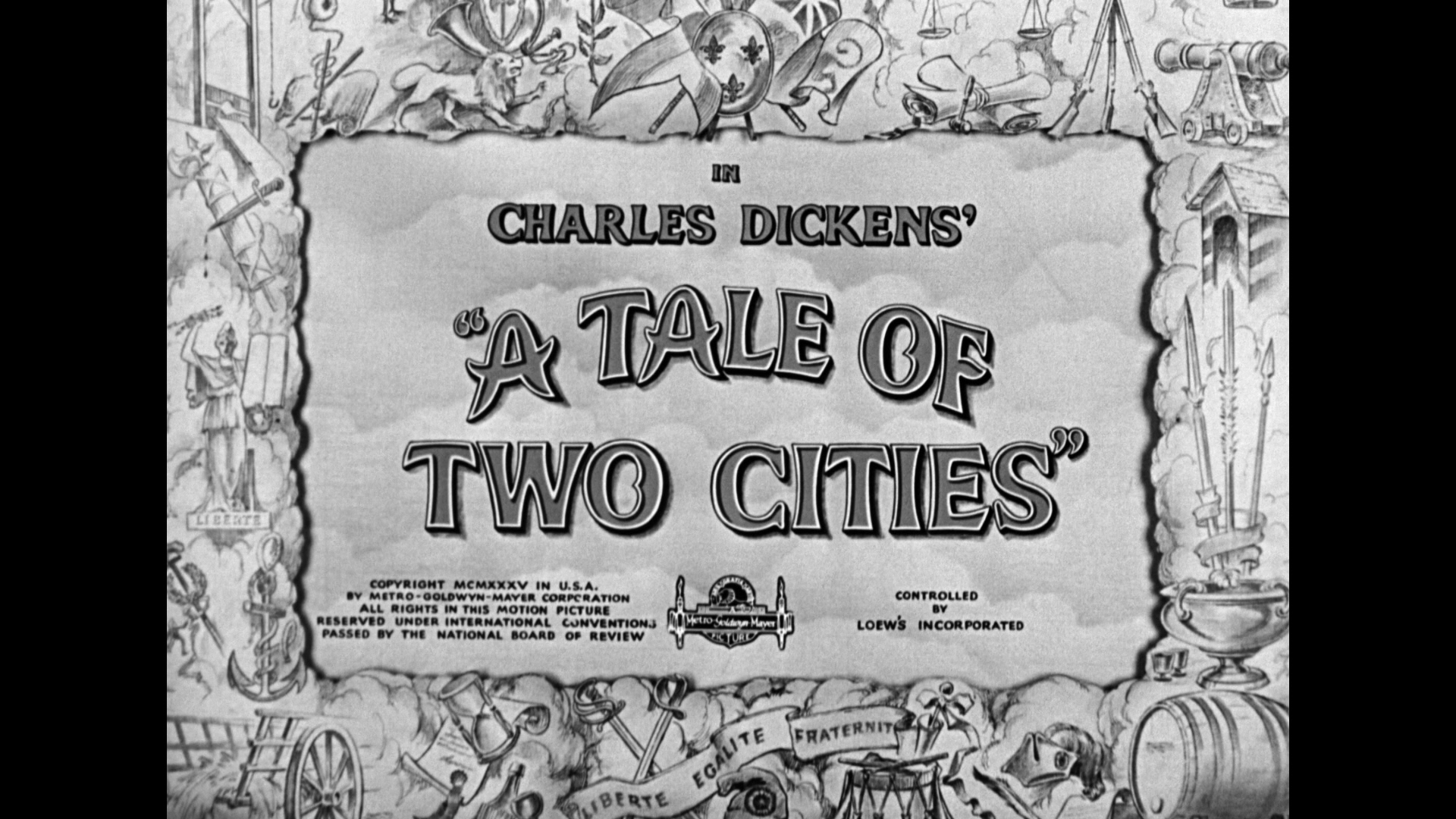 A Tale of Two Cities had its fifth feature film adaption in 1935. This film was to be David O. Selznick's ticket into master level productions and it paid off. The box office receipts for this film paid for later films such as Gone with th...
0
Average User Rating
0 votes
Have Your Say!
Your Rating: 0
Submit
Write A Review
Genre:Warner Archive
Rating:Not Rated
Director:Jack Conway
Studio:MGM 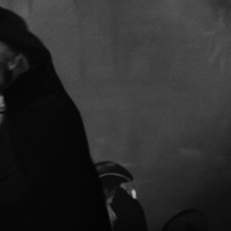 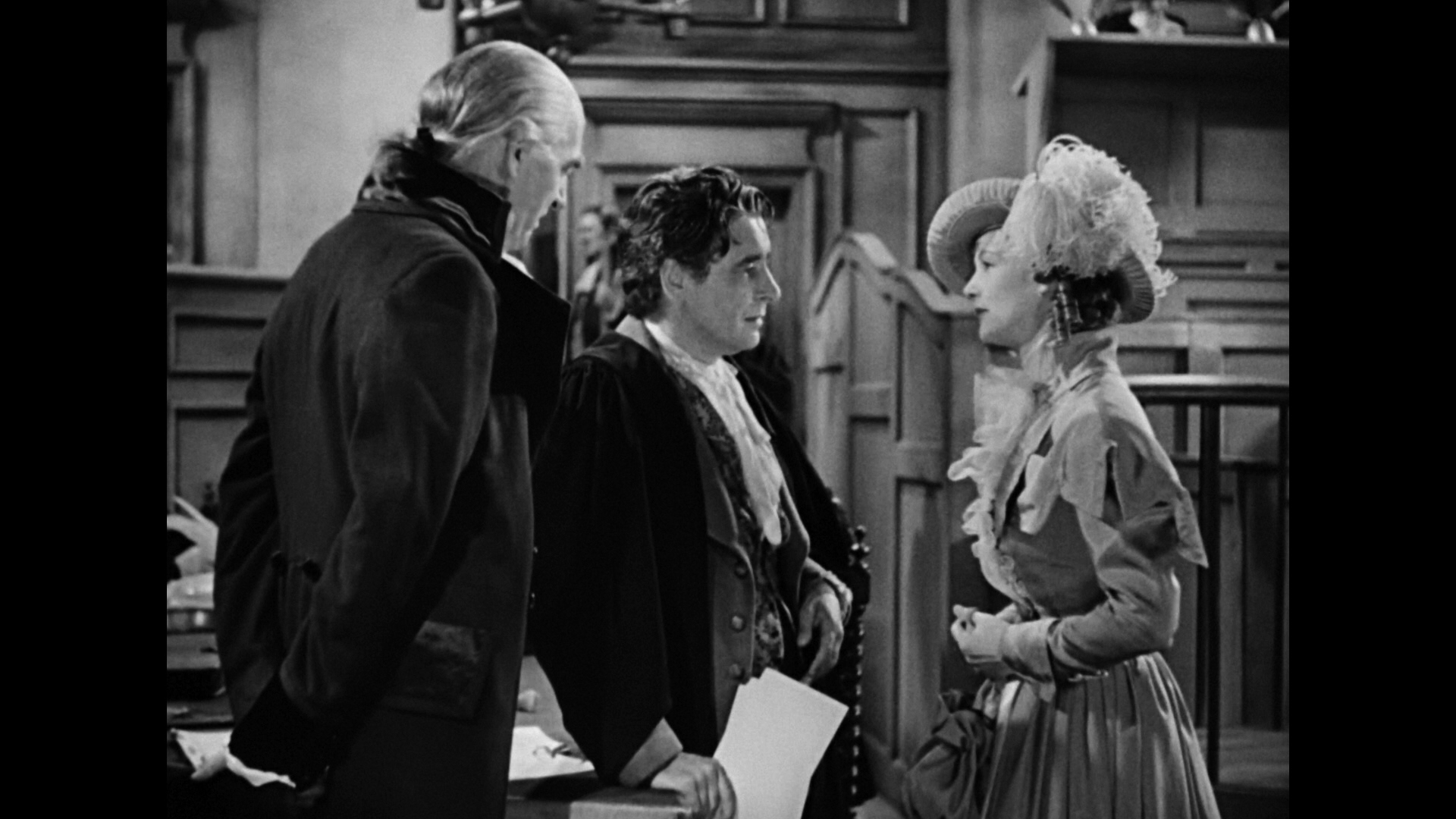 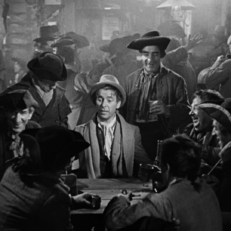 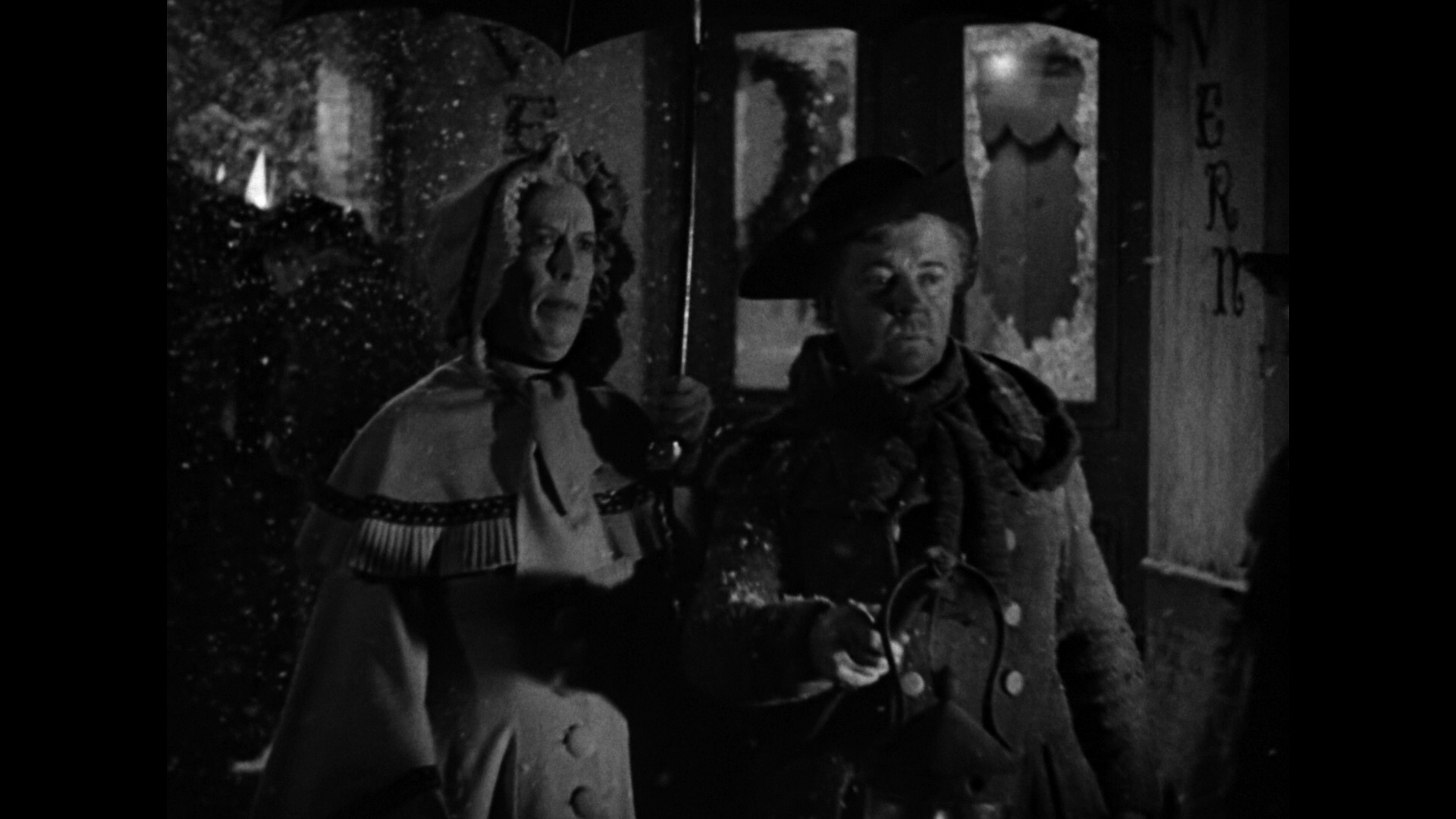 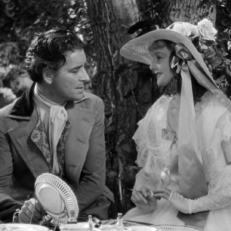 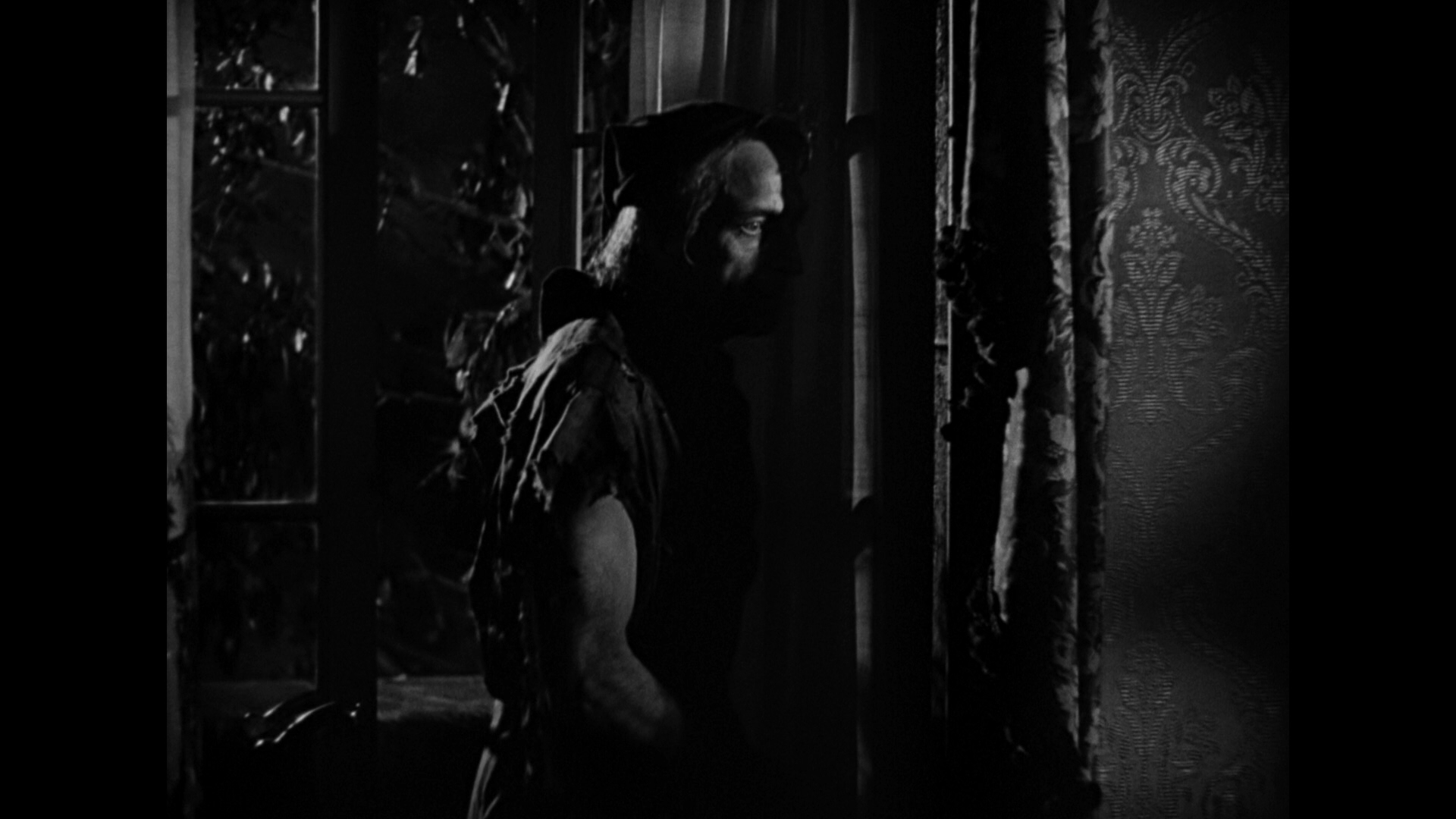 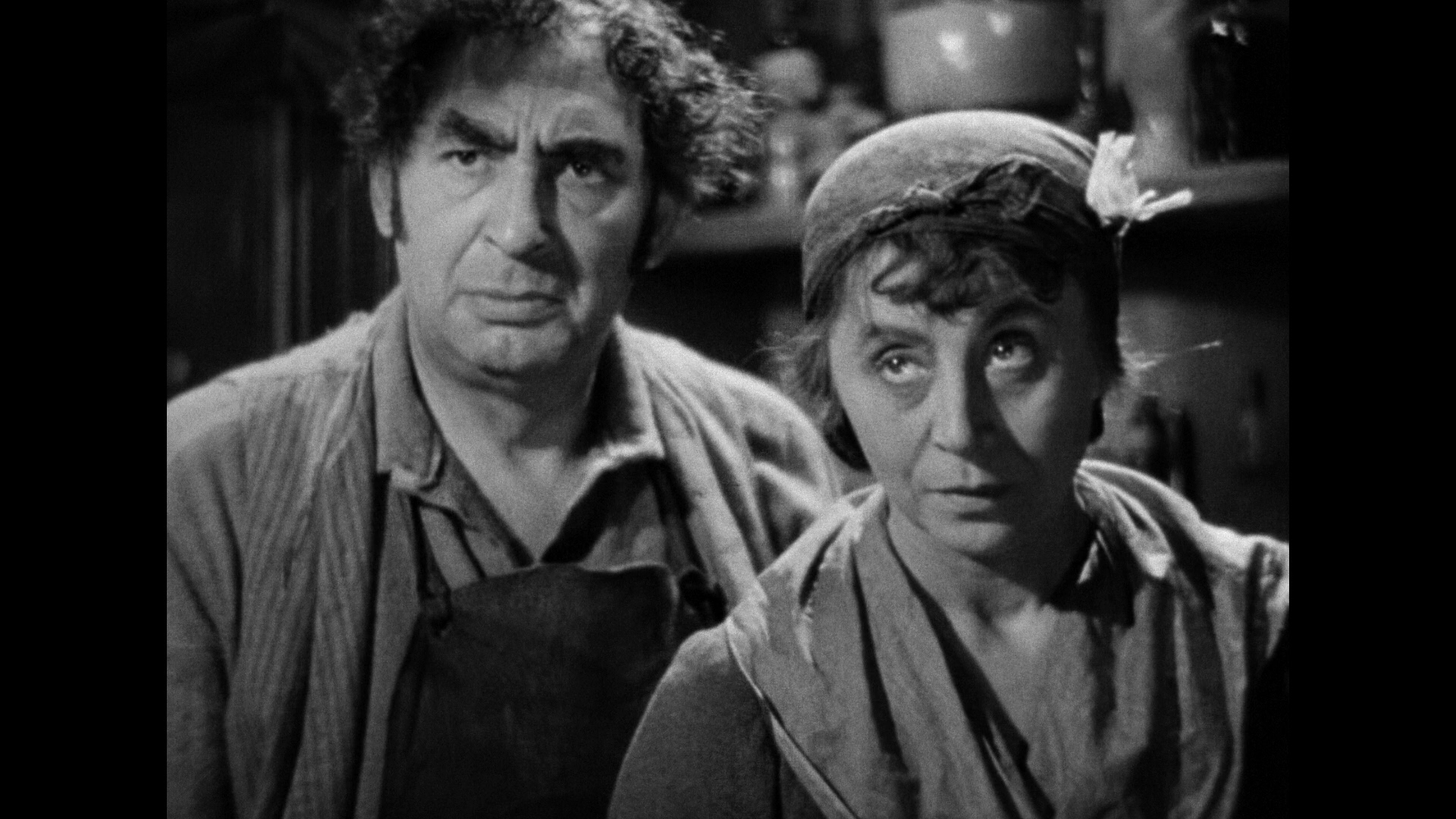 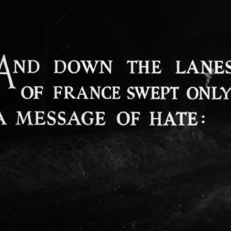