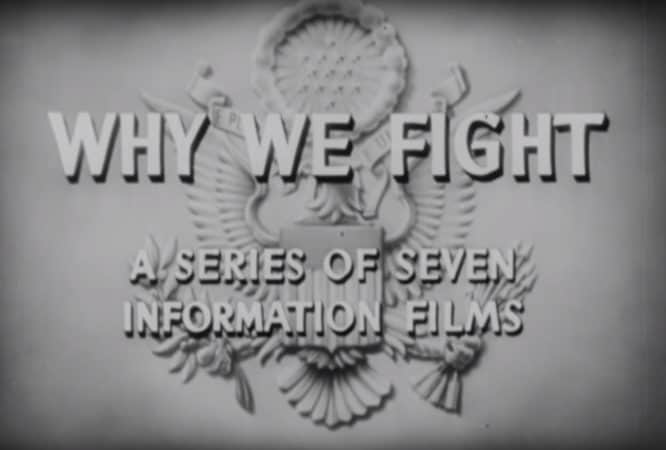 Propaganda is information, especially of a biased or misleading nature, used to promote or publicize a particular political cause or point of view.

This year, we’re going to have three people handling the Top 25 of the Year for film and The Top 10 for TV. Other lists will get populated, but we figured that we needed some discourse and argument among what helped to define 2018.

Contents hide
1 Preamble to the Year End Coverage
2 So, you’re X or Y now?
3 What does this all mean?
4 This isn’t a memo, it’s a mission statement.

Preamble to the Year End Coverage

There was a point I made earlier in the summer about how propaganda is beginning to define this decade’s entertainment. Well, it slowly took over our news, politics and every facet of human existence. It was only a matter of time before the fringe lunatics decided to create two teams in terms of entertainment response. Studying trends as I do, I’d say that we’re really only into Year 5 of Propaganda Entertainment becoming truly mainstream.

It’s one thing to have D’Souza limp a terrible Deep Right-Wing puff piece to theaters, but it’s another to see the fringe of the other side over respond. The Deep Right can only project onto one issue, but the other fringe has come to party with a grocery list. Recently, a popular podcast discussed how Revenge of the Nerds felt kinda sickening during a re-watch. Well, that’s because they don’t understand the nature of nerds. It’s something that most don’t fully grasp until they have had enough distance from the source issues.

When a common entity engages in propaganda against intellectual elite nerd, the nerd responds 10 times worse than what they engaged. Why? Well, because the nerd overthinks. Measured response is lost when a person feels that their entire identity is challenged by your distaste for Admiral Holdo or Lady Ghostbusters. When they argue, it’s very rarely about the issue at hand. Nerds can’t focus on the singular, as they see life as a never-ending series of affronts that slows them down from better pursuits. The other side sees their battles as one issue that takes weight over anything else in existence.

D’Souza, the Faith Exploitation movies and most of the Screen Gems library succeeds because it forces an audience to engage on a single target at a time. Jesus is cool, Trump is underrated and John Cho is really good at finding kids. The nerd wants to know the background behind every issue, address the past leading up to that issue and understand why the entertainment exists in the first place. By the start of their second point, the audience is lost.

When we use the term ‘audience’, it seems to rarely include either radicalized faction of Propaganda Entertainment. Why? Well, it’s because after 5 years of this bickering, it’s become exhausting. One side has become the other and the other side became the original. There is so much flipping and flopping that one might assume that these factions had finally gotten into bed. It would make sense, as after the umpteenth protest over saying Happy Holidays or 1940s Christmas songs…I’m sure that 90% of the population wouldn’t want to screw them if their crotch was lined with 100 dollar bills.

It’s why so many writers and other types seem depressed. The marathon of racing between personalities, balancing egos and trying to express sympathy for human beings that just want to be heard will drive anyone to drink. We’re backing away from that.

Nope. Not at all. What AndersonVision is making abundantly clear now is that we’re not engaging fringe groups that want to dominate conversations or hurt the wider audience’s ability to access entertainment discussion and related materials. Each film or related art that arrives at the site will be presented and approached by carefully minded individuals as available and assigned. Natural bias occurs, but it occurs through the mirror of one’s life experience.

The door is open to anyone that wishes to join and contribute their voice to the cause. But, we’re not stopping covering Religious or Right-leaning films because it makes our Far Left readers upset. As such, we’re also not blocking serious discussion of issues that bother the Right Wing. You can have your arguments and vitriol elsewhere, we’re way too busy for that garbage.

Censorship is a complicated issue that is increasingly seeming like it’s far too complicated for modern readers to handle. If something needs to be handled at another time, we will make that call. As such, we’re no longer having any Worst of the Year or related pieces at the site. I effectively killed them off last year, but I just want to make it official.

Going forward, we’re going to achieve perfect balance in all regards of the site.

What does this all mean?

Well, acknowledging the grand splitting of entertainment approaches guarantees that readers will observe three wildly different takes on the films of 2018. You might not agree with any or all of the takes. That’s perfectly fine. Your life will continue, our lives will continue.

But, make no mistake. This site doesn’t exist to make you feel good about your team/tribe/faction. We actively don’t engage in Film Twitter and other sub sections of the diseased social web. Most of you that find us, share us and preach our gospel out of disgust at what Online Entertainment coverage has become by 2018.

Every AndersonVision writer covers titles, interviews and discusses entertainment because we enjoy it. In fact, we have had more independent and minimal-budget productions reach out to us than ever before this year. AndersonVision exists for pop culture and helping you find things that you might have missed. Agendas don’t matter here. Nobody is bought by any outside factor. Hell, we’re not even blacking out our current reviews to make you pay via Patreon.

If there is anything I learned this year, it’s to be crystal clear with everyone that comes here. There is no bullshit here. I don’t care who or what you are. All are welcome, but you will not take control of any conversation here. Our little slice of Heaven is built on sharing and not carrying water for any outside garbage. If you’re cool with that, then check out the sheer onslaught of content coming to finish out 2018.

If everyone plays nice, we might even share the videos, podcasts and a few more site-hidden mysteries to the world. What? Prince and Tupac kept tons of stuff in the Vault, is it that weird that I squirreled a ton of material away?

This isn’t a memo, it’s a mission statement.