“2016 World Series: Official Film” is the abbreviated take on Chicago finally Flying the W when it mattered. Throughout the next 90 minutes, you get a watchable baseball take on the best World Series in ages. Let’s be honest, it sucks to watch baseball unless you’re a super fan. The game moves super slow and there are very few superstars left in the field. Naturally, the mind starts to wander.

It’s when MLB cuts down the 7 games into a presentable feature that makes me into a baseball fan. For all of the other casual guys and gals, I recommend watching it via this route. Plus, it makes for great celebratory footage for Chicago fans. As a Red Sox fan, you guys are never going to forget this moment. If that wasn’t enough, you can play it for Cleveland fans in HD forever.

0 0
Previous ArticleMAN OF THE WORLD: THE PETER GREEN STORYNext ArticleBEAUTY AND THE BEAST: THE FINAL SEASON 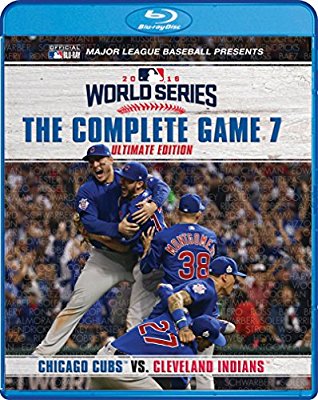