On December 9, 2014, Shout! Factory will release The Jeffersons: The Complete Series – The Deee-luxe Edition, bringing all 253 episodes from the 11 seasons of the classic sitcom developed by Norman Lear (All in the Family, Mary Hartman, Mary Hartman) together for the first time on DVD in 33-disc set. Bonus features include Movin’ On Up – The Jeffersons featurette; All In The Family episode “The Jeffersons Move Up”; E/R Pilot – the 1984 TV series E/R, starring Elliott Gould and featuring Sherman Hemsley guest–starring as George Jefferson; and an essay by Pulitzer Prize–winning TV critic Tom Shales.

Fans ordering this set from ShoutFactory.com will get free standard U.S. shipping one month early.

Originally airing from 1975 to 1985, The Jeffersons documented the side-splitting exploits of an upwardly-mobile family: dry cleaning entrepreneur George (Sherman Hemsley), his wife Louise (Emmy® winner Isabel Sanford), and their son Lionel, as they move from the working-class section of Queens to a luxury apartment in Manhattan. George’s brash, arrogant personality always seems to get him in hot water. Lucky for him, he’s got the level-headed “Weezy” by his side and their wise-cracking maid Florence (Marla Gibbs) to keep him humble. Together, they overcome the comic challenges and culture clashes that their new way of life brings.

As Tom Shales writes in his essay, if Lear originally envisioned The Jeffersons as a platform for debating controversial topics – in the tradition of such seminal Lear hits as All in the Family and Maude – it wasn’t long before The Jeffersons became much more character-reliant than issue-oriented. The characters were that strong, and George was just one of them. As Louise, Isabel Sanford held her own against his bombast and in 1981, got an Emmy® to prove it, the first African-American to win for lead actress in a comedy. It could be argued, though, that the show’s leading lady was not Sanford but instead Marla Gibbs, who indelibly played Florence, the Jeffersons’ super-sassy maid. Gibbs was a sensation who earned some of the show’s biggest laughs (it was “taped before a live studio audience,” as was announced under the closing credits, a Lear ritual), and she did it with artful, impeccable minimalism – a dry, smart-alecky delivery that made the plainest dialogue sparkle and the best dialogue shatteringly funny.

Featuring a terrific supporting cast, including Paul Benedict, Roxie Roker, and Franklin Cover, memorable guest appearances by Sammy Davis, Jr., Gladys Knight, Reggie Jackson, Billy Dee Williams and more – and of course, one of the catchiest theme songs in television history – The Jeffersons: The Complete Series is another must-own sitcom classic from your friends at Shout! Factory.

The Jeffersons: The Complete Series will be released on the heels of Norman Lear’s autobiography release on October 14, 2014 titled “Even This I Get to Experience”, which will detail never-before heard stories about the development and creation of The Jeffersons. Find Norman Lear on twitter at @TheNormanLear. 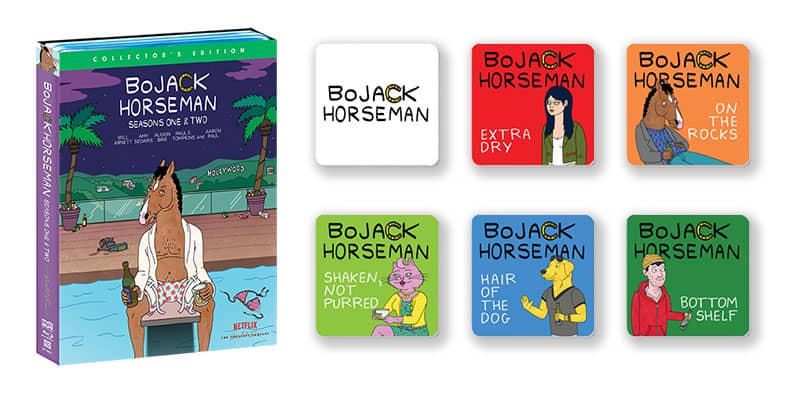