[vc_row][vc_column][vc_custom_heading text=”Get a little more indie than IFC tonight.” font_container=”tag:h2|text_align:left|color:%232a2a2a” use_theme_fonts=”yes”][vc_separator color=”black” align=”align_left” border_width=”3″][vc_video link=”https://youtu.be/VhCCh_zNr7g”][/vc_column][/vc_row][vc_row full_width=”stretch_row” css=”.vc_custom_1444504741042{padding-top: 25px !important;}”][vc_column][vc_cta h2=”Behold 10 stunning indie films.” shape=”square” style=”flat” color=”black” add_button=”right” btn_title=”Watch something new.” btn_style=”outline” btn_shape=”square” btn_color=”white” btn_size=”sm” btn_align=”center” btn_button_block=”true” btn_add_icon=”true” btn_link=”url:https%3A%2F%2Fyoutu.be%2FwlIquZZ2ZuE||”][/vc_cta][vc_column_text]What is there to say about the Indiepix Mix 10 DVD Collection? You get 10 previously released documentaries, indie films and other already released materials. But, it’s a weird mix that hits those high notes that strikes every arthouse snob’s fancy. To save you my long rambling about the merits of indie cinema, we’re going to strip each documentary down to a basic one line assessment. You can thank me later.

The DeVilles: A documentary shot like a feature that asks if old punks can still stay in love.

Jack Taylor of Beverly Hills: Take a look at recent American entertainment history with the man who dressed the Rat Pack. You’ll never believe that a tailor can be this interesting.

Shooting Stars: Johnny Nunez is the greatest living hip-hop photographer. Follow this documentary, as he tells you how great he is and why he’s the best.

The Axe in the Attic: A stunning documentary about how Katrina survivors have lost their dignity and how they demand action by the government.

Echotone: A strong documentary about the survival of the working class musician in Austin. There are amazing snippets of local music in the doc, but it runs of steam towards the end.

Frontrunner: Dr. Massouda Jalal works to bring democracy in Afghanistan after the fall of the Taliban. As the Eastern world adapts to Western politics, we see how the struggle remains real for so many Afghani citizens.

Artois The Great: A lone lab technician works with a goat to create the world’s greatest goat cheese. While that sounds impossible, it’s a cute movie about how people can not be obnoxious while making artisanal products.

Evergreen: A poor girl tries to find a better life in Seattle. While it is technically a High School drama, it handles the same material far better than “Pretty in Pink”.

Candyman: David Klein was the genius that create Jelly Belly. While his jellybeans became the favorite of Ronald Reagan, the documentary follows how his eccentricity drove him away from the business. Quite possible my favorite release out of the 10.

All My Friends are Funeral Singers: A fortune teller has to make peace with the possible loss of her ghost family. Angela Bettis is stellar, but the film drags in the second act.

The DVDs come with a variety of special features, but a lot go bare. Still, you get deleted scenes, commentary and more on the majority of them. The A/V Quality is typically solid for standard definition, but it never really impresses. Still, these are the kind of releases that you seek out because you’re a fan of the material. If that sounds interesting, then pick it up.[/vc_column_text][vc_column_text]RELEASE DATE: 10/13/2015[/vc_column_text][/vc_column][/vc_row] 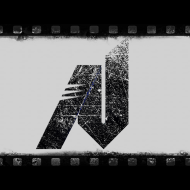